HONOR will be introducing the HONOR Band 5 in the country during the HONOR 20 Pro roadshow event at Sunway Pyramid this 31 August.

The budget fitness tracker competes directly with the popular Xiaomi Mi Band 4 and the Samsung Galaxy Fit-e. The device will now monitor blood oxygen levels which helps detect fatigue and is part of the band’s sleep tracking function. The fitness tracker is priced at 189 Yuan (RM113) but could be a little pricier when it arrives in Malaysia.

Circling back to the HONOR 20 Pro roadshow, you can visit Sunway Pyramid Blue Concourse from 31 August until 1 September and get gifts when you purchase an HONOR 20 Pro there. There will also be a host of activities as well as experience zones to test out the phone before you buy it. 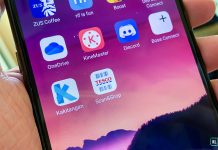