There’s already a list of things that we like and dislike about the iPhone 11, but recent reports suggested another one that should be favourable — Apple Pencil support.

All these times the Apple Pencil has only been functional when it comes to Apple’s iPads and nothing else. The Apple Pencil is as long as a normal pencil, meaning they’re bigger than an average stylus you use for smartphones. So, let’s just take this with a grain of salt because it sounds a little farfetched. Nevertheless, newer iPhones supporting the Apple Pencil is more of an extra feature than a feature that we’ll need. It’s also good enough for Apple to include mouse support for the iPads and iPhones with the launch of iOS 13, so we’re not complaining.

Reports also suggested that the iPhone XR successor will come with a dual rear camera setup while the other two models will sport a triple rear camera setup. With iOS 13, we’re also expecting to see the iPhones and iPads with mouse support. 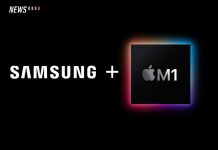