Store operators like Google Play Store and Apple App Store implement revenue cuts on apps on their platform to gain profit, but not all app developers are happy with that, including Tinder. The matchmaking app is now trying a new approach to payment process that can actually bypass Google Play Store’s regulations.

Tinder has introduced a new payment method that requires users to directly enter their credit card details into the app without going through Google Play. The app will not only remember the details but also make it impossible for users to go back to Google Play for future purchases.

It is reported that if Tinder’s approach is successful and Google doesn’t remove it from its Play Store, other apps — especially gaming apps — will follow its footsteps as this could prevent their revenues from being shared with the store operators.

Tinder is also not the first to make such a move; Netflix and Spotify have already done the same to bypass the revenue cut, and Fortnite has yet to be on Google Play Store because Epic Games refuses to face the same issue. 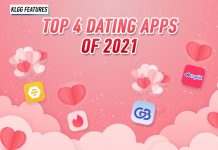