We’ve been getting bits and pieces of tips on the Samsung Galaxy Note 10 – what’s been rumoured so far is that the phone will sport a vertical triple lens setup at the back, while the front will come with a punch hole camera placed right in the middle. But like jigsaw puzzle, all these rumours are starting to paint a clearer picture of what the phone will be – and the latest news suggest that the Galaxy Note 10 will possibly one of the more powerful devices in the market.

Notable leaker Ice Universe have spotted the phone sporting the new Exynos 9825 on Geekbench, and the scores say that it’s a sizeable improvement over the Galaxy S10’s Exynos 9820 chipset; and is not far off Apple’s A12 Bionic chipsets.

We also need to keep in mind that the new Snapdragon 855 Plus chipset is also set to make its appearance, and leaks of its multi-core scores is second only to the A12, so for the Exynos 9825 to best it is a tall order. As usual, we can expect Malaysian models to get the Exynos, so seeing its improvement is cause for optimism as Samsung bridges the gap between the likes of Snapdragon (in multi-core) and Apple.

The Samsung Galaxy Note 10 is expected to arrive sometime this August, so it won’t be long now until we can put the rumours to bed. 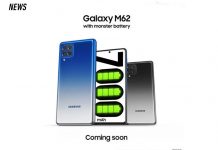 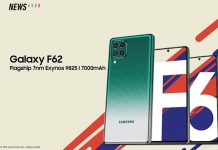