The long-awaited Avengers game is finally revealed during the E3 2019 press conference, alongside its launch date. The game will be officially released on May 15 next year, and players will be able to play the game as a single player or up to four players in a co-op mode.

The trailer reveals the original Avengers characters — Captain America, Iron Man, Black Widow, Thor and Hulk. Sadly, Hawkeye was not in the trailer but there will be more heroes added in the game after its launch so we might even see characters like Black Panther and Scarlet Witch.

The trailer starts with Avengers Day but quickly turned into another battle that led to a great tragedy. The glorified Avengers were then blamed for the incident and starts their journey to fight against evil, but the story stops there. Nevertheless, it has got many video gamers hooked, especially Avengers fans. Meagan Marie of Crystal Dynamics also revealed that there will be “new content delivered at a regular basis” and there will be no “random loot boxes or pay to win scenarios”.

The Avengers game will be playable on PS4, Xbox One, PC and Google Stadia, but we’re going to have to wait awhile before we get to play the game. Sony and its PS5 will be skipping E3 this year 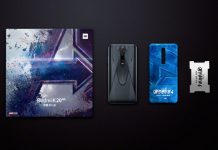