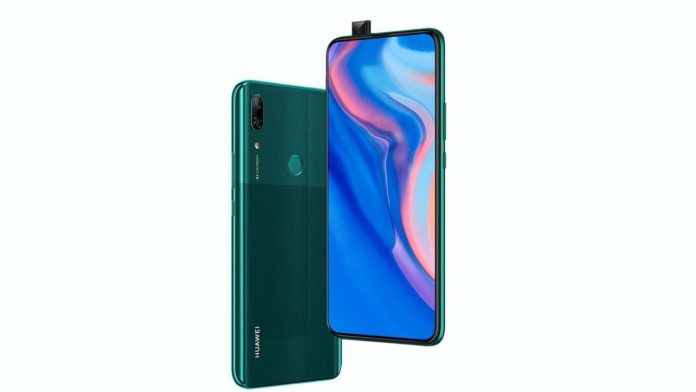 Huawei P Smart Z has a large 6.59-inch Full HD+ display with a 19.5:9 aspect ratio. Under the hood, the P Smart Z runs on a 12nm Kirin 710F octa-core chipset clocked at 2.2 GHz. Moving on to the memory department, Huawei P Smart Z has 4GB of RAM and 64GB of internal memory. A microSD card slot makes it possible to expand the storage further by up to 512GB.

On the back of the phone is a dual-camera setup with a 16MP primary sensor and a 2MP secondary depth sensor. In addition to the dual cameras, we also find a circular fingerprint sensor on the back of the phone. The Huawei P Smart Z is fueled by a 4000mAh capacity battery. As for software, it runs on Android Pie-based EMUI 9.0.

The Huawei P Smart Z is now on sale in Italy for 279 Euros (RM1,295). It comes in three colors: Emerald Green, Midnight Black, and Sapphire Blue. The smartphone is expected to be launched in at least a few other countries in the coming weeks.