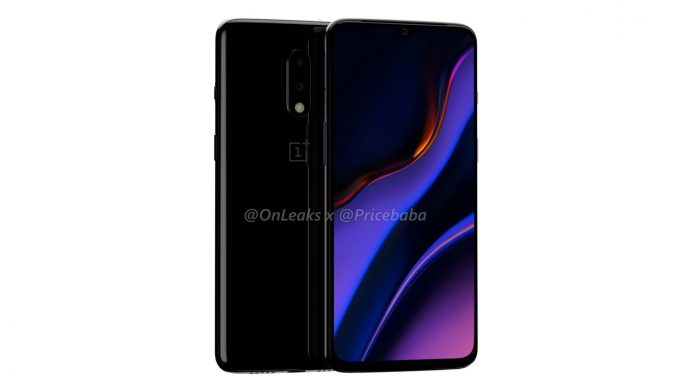 The smartphone’s rear side too appears almost identical to the current OnePlus 6T. In terms of size, the upcoming OnePlus flagship is said to measure 157.7 x 74.8 x 8.1mm. Sadly, however, the OnePlus 7 will have a slight camera bump. At its thickest point (i.e. the camera bump), OnePlus 7 will be 9.5mm thick.

As for hardware specs, the OnePlus 7 and OnePlus 7 Pro models are likely to have a Snapdragon 855 chipset inside, paired with at least 6GB of RAM. The rest of their hardware specifications remain a complete mystery at this point. According to leakster Ishan Agarwal, both smartphones will make their global debut on May 14.