The new a6400 has several technologies that was previously only found in full-frame Sony cameras, such as its autofocus system that has 425 phase-detection AF points and 425 contrast-detection AF points. This system is paired with the BIONZ X image processing engine — also found in the RX0 II — allowing the camera to focus in just 0.02 second. The new a6400 comes with 24.2MP APS-C sized image sensor and its standard ISO ranges up to 102400, yet it can minimise noise reduction when it comes to high and medium sensitivities. Moreover, Sony has integrated Real-time Eye AF in the new a6400 that can detect and process face and eye data using AI technology. The camera will also bring Eye AF support for animals in summer 2019, so in the near future photographers, especially wildlife photographers, will be able to shoot of animals more conveniently. Sony also introduces its Real-time Tracking, which once again depends on AI to recognise objects and subjects to provide excellent accuracy and quality when it comes to photography and videography.

Similar to the RX0 II, the a6400 also supports internal 4K recording and goes without pixel binning so that it can collect more data for its 4K videos. Also, the camera has a built-in interval recording with AE tracking sensitivity in three levels — preventing drastic changes in exposure during shooting — and can be capture up to 9999 shots. The a6400 has a XGA OLED viewfinder, and sports a LCD screen that can be tilted up to 180 degrees upwards. With its tough magnesium alloy design paired with a durable shutter, the a6400 is also moisture and dust resistant, ensuring that it’s a long-lasting device.

The a6400 is already available in Malaysia and starts at the price of RM3,999. 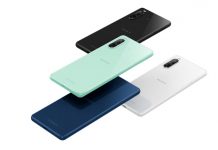 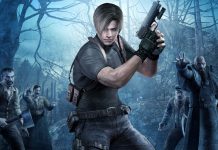