So you’re a little bit of a techie, and are looking for an upgrade to your smartphone; and like us, you want the absolute latest in the market. But the problem is, some phones aren’t in Malaysia yet, so you resort to looking at what they cost in our neighboring continents. Stop right there – prices of phones in other countries don’t accurately translate to its eventual Malaysian prices. Here’s why. If you’ve been keeping up with the latest happenings in the gadget world, your radar should be picking up on Huawei’s newest entry, the Huawei P30 and P30 Pro. The phones were launched in Paris and are priced at €799 and from €999 respectively. In reality, the official Malaysian prices for the phone should cost around RM400 to RM800 less than the converted figure. Take the recently-launched Samsung Galaxy S10 – when checking the price on Samsung’s German site, the device is priced at €899, which translates to about a whopping RM4125! The official price in Malaysia: RM3,299

Now, part of why we get polarizing prices between the official numbers and the converted ones is because of a little thing called Value-Added Tax (VAT). Like our very own Sales and Service Tax (SST) system, VAT affects the sales tax that’s based on manufacturing and/or import, meaning taxes are compounded onto the final amount paid by consumers. Looking elsewhere, the iPhone XR is priced at €849 which is about RM3,896; the official Malaysian price for the phone is actually RM3599 – the difference between the actual price and the direct conversion is only about RM300, but with that extra dough, you can put it into more internal storage.

At the time of writing, the average VAT rate standard is 20%, while in Germany, from which we took the price examples from, implements VAT at 19%. The €799 and €999 price tags were based on the 20% standard, but VAT rates vary from country to country, so it it’s crucial to avoid directly converting EU or even North American prices for that matter into MYR because it will always be inaccurate.

Now that you’ve got all this juicy insight to economics, what do you think the Malaysian price of the Huawei P30 and P30 Pro will be? OPPO F11 Pro gets upgraded with a 128GB variant but still remains the same RM1,299 price! 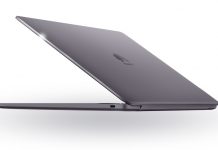 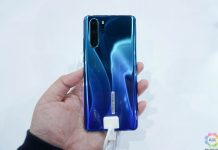