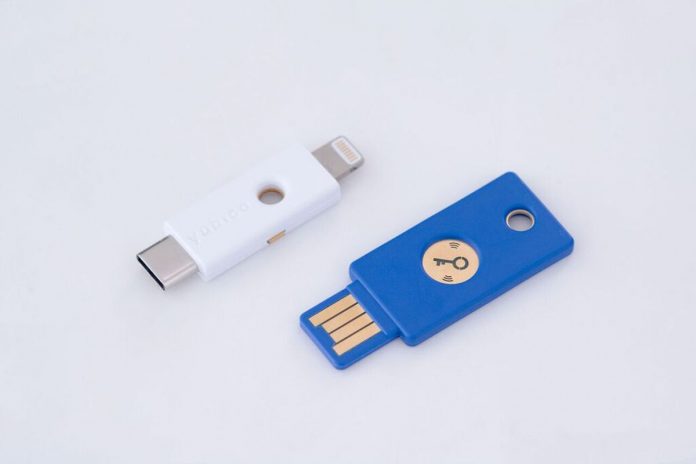 While Microsoft and Android users are already familiar with the extra layer of security through hardware authentications like security keys, Yubico is now offering a similar product to Apple’s devices.

The company that produces hardware security key has revealed the YubiKey for Lightning which is a security key for iPhones, iPads and even MacBooks. The security key comes with a Lightning port on one end and a USB-C port on the other, and users can tap into logon standards including FIDO 2, WebAuthn and U2F.

The key serves as a seamless authentication while previously the best method of connecting to an iOS device was through Bluetooth, which Yubico believed was not sufficient. There are also some restrictions when it comes to connection via NFC, but with the new YubiKey, Yubico is confident that it can overcome said issues.

According to the Stina Ehrensvard, the founder of Yubico, the company aims “to make strong, simple authentication truly ubiquitous, across all services, devices and operating systems,” and the YubiKey for Lightning will help the company in its mission to create a passwordless future for all.