Have you ever had a day where you just want to have hot water instantly without the need to wait for it to boil?

Water heaters are nothing new, but a company by the name of “Heatworks”, is trying to take the same technology and miniaturize it for consumer products.

The company has recently displayed two products at CES 2019, but one of the products that caught the attention of many is the “Duo carafe”. The Duo carafe allows users to get hot water instantly when they pour it out from the product instead of waiting for the entire pitcher to heat up slowly.

“It uses the water itself as an electrical conductor between graphite electrodes, vibrating the minerals in it,” said CEO, Jerry Calahan.

The result of that means user no longer need to wait for the water to heat up, as it will be heated instantly. 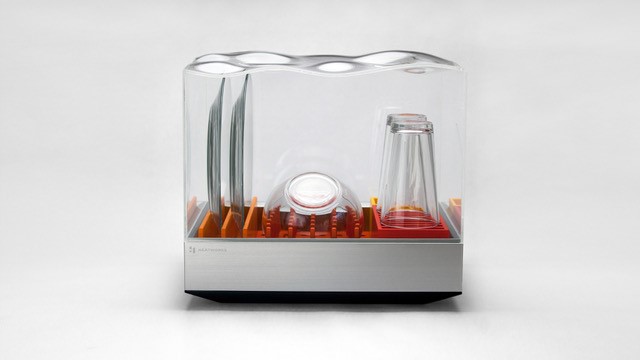 Other than that, as mentioned previously, there’s another product that was displayed by Heatworks which is the “Tetra countertop dishwasher”, which is designed by “Frog design”, who also helped designed the Duo carafe.

Unfortunately, the Duo carafe is still at prototype stage. Heatworks were not able to display the functioning unit at CES, and they don’t have a targeted ship date beyond sometime this year.

However, Calahan did mentioned that he’s hoping for it to happen this summer.

He also added that he’s hoping that the core Ohmic Array technology will convince more establish companies to license his technology to put in other products.

In addition to that, the Duo carafe is able to heat up 32oz of water instantly as you pour it, using battery or plugged in.

With the battery, Calahan expects it’ll expend only work a single tim ebefore you need to recharge it. Inside, it’ll use a small pump to regulate how quickly the water pours.

As it was mentioned previously, the Duo carafe heats the water instantly, so the speed which travels through the pump is what determines the temperature.

As result, the Duo carafe should be able to increase the temperature of the water by as much as 130 degrees Fahrenheit.