The wait is over as Honor has officially launched its much anticipated smartphone, the Honor V20 (Honor View 20) today at a launch event in China. 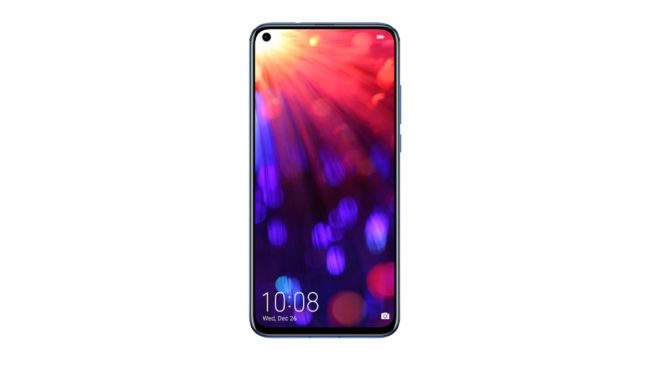 The Honor V20 comes with a 6-inch LCD display and has an in-hole display as shown in the previous teaser posters. According to pictures posted by GSMArena, the phone comes with a headphone jack on the top and a speaker and a USB-C port at its bottom. Unlike newer flagship smartphones, the Honor V20 does not have an in-display fingerprint scanner, instead it’s replaced by a fingerprint sensor on its back.

The Honor V20 sports a Kirin 980 processor, and comes with either 6/8GB RAM and 128/256GB storage. However, only the Moschino version of the Honor V20 will come with 8GB RAM and 256GB storage. The phone also holds a hefty battery of 4000mAh and supports Huawei SuperCharge.

Camerawise, the Honor V20 holds the 48MP lenses that uses the Sony IMX586 sensor whereas the second lens is a ToF 3D camera. On the front, the phone houses a 25MP selfie camera. Besides that, the phone also has Link Turbo, a feature that Honor has been boasting about which allows seamless switching between Wi-Fi and 4G data so that the connection remains smooth when users are switching their networks.