Philippine SEA Games Organizing Committee (PHISGOC) and Razer has officially announced the list of eSports titles that will be played during the 2019 SEA Games.

The selected eSports titles will be split evenly between three major gaming platforms which includes PC, console and mobile. It was reported that Dota 2 and Starcraft II will is categorized under PC, whereas games such as Mobile Legends and Arena of Valor will be categorized on mobile, and as for console, only one game has been announced, which is Tekken 7. The sixth and final game will be announced in the next coming weeks. “We are thrilled to see the momentum that our partnership with Razer has achieved in such a short period of time,” said PHISGOC Executive Director Ramon Suzara.

“The shortlisting of six games in such a short time is evidence that the notion of esports as a legitimate sporting event is no longer a fad. We look forward to having more partners come on board and join us in defining a new generation of sporting heroes for the youth and millennials,” added Razer CEO Min-Liang Tan.

It was reported that the participating eSports athletes from every country will be chosen through qualifying tournaments and there’ll be no direct invites for established eSports athletes. Although eSports was already included in this year’s Asian Games, it was only an exhibition event therefore the 2019 SEA Games will mark the first time that eSports will be a medal event in major sports competition. 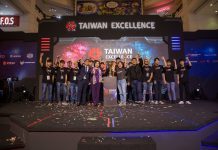 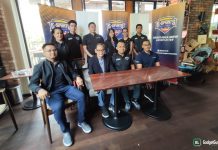