After months of teasing and showcasing its first ever SUV to Malaysians, the Proton X70 is finally official with a price tag, available in four variants, the SUV will be priced from RM99,800 up to RM123,800, making this the most competitively priced SUV in its class and rivals with competitors with its attractive features inside.

All Proton X70 variants are powered by an EEV certified 1.8-litre TGDI engine that outputs 184PS of maximum power and 280Nm of maximum torque mated to a 6-Speed Automatic Transmission with Manual Mode. Out of the four variants, only the Executive variant is being offered with an Intelligent All-Wheel Drive system, while the top of the line model comes with a 2WD system on the front wheels.

What’s really attractive about the Proton X70 would be its technologically advanced cabin, where most of you may have known by now that it comes with a really capable connected infotainment system with voice command, it comes as a standard on all X70 variants where the only difference would be its speaker system. The Premium 2WD variant in particular, comes with a 9-speaker system that comes with an amplifier and subwoofer, even the base Standard 2WD model’s sound system ain’t too shabby as well with 6 speakers.

For starters on the techy features, the car’s infotainment system is powered by Geely’s proprietary GKUI (Global Key User Interface), which is assumingly running on a forked version of Android or Linux build, the UI has big buttons and supports swipe gestures for navigating around the user interface. Drivers will be able to control the car’s features by saying the keyword ‘Hi Proton’, and ask things such as the weather, navigation directions and playing music.

Powering the Proton X70’s 4G data connection is Celcom, users will be able to control the car’s features and access vehicle status via the Proton Link app on their smartphones. While the car’s navigation software and music streaming service uses Baidu Maps and Tencent’s Entertainment Service at this point of time, Proton says that it will be adding popular apps such as Google Maps and Spotify in the near future, as the car’s infotainment system can be easily updated with an OTA update. Also, you will be able to share the car’s 4G connection with your passengers, data is limited at 1GB/month and Proton is giving 5-years of complimentary internet connectivity.

The car also has 6 USB ports to charge USB powered devices and comes as standard on all variants. Apple’s CarPlay and Android Auto are not supported at the moment, and Proton did say that it will also come in a future software update.

The Proton X70 will be available in colours of Snow White, Armour Silver, Jet Grey, Cinnamon Brown and Flame Red, where the latter two colours are exclusive to the Premium 2WD variant. Exact pricing details are listed below without OTR insurance, prices are standard across Peninsular Malaysia, Sarawak and Sabah: 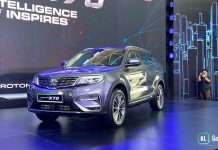 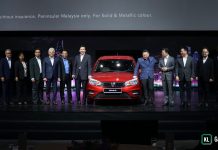 The 2019 Proton Saga launches with a major interior revamp, price starts from RM32K 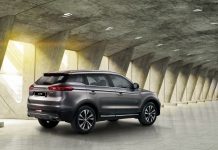 The deets on the new Proton X70