The Taiwan Excellence Intercollege Battleground has successfully wrapped up on 28th October 2018 at Sunway Pyramid Ice, Sunway Pyramid, with the total prize pool of RM130, 000 given away at the tournament’s Grand Finale. Joining the main eSports titles of Counter Strike: Global Offensive (CS:GO), DotA 2, League of Legends (LoL), four (4) eSports sub titles of Mobile, Racing and Fighting category were opened for public and had received immense numbers of participations from professional tournament contestants as well as over 24,000 visitors at count during the three (3) days event.

The TEIB qualifying tournament toured and commenced in April this year, receiving an overwhelming response from over 12,000 students, with over 2,400 participating gamers across 10 universities within Malaysia, presented by Taiwan Excellence with collaboration by 11 internationally recognized Taiwanese brand partners and technology companies of; Predator by Acer, ASUS Republic of Gamers, MSI, Aorus by Gigabyte, D-Link, InWin, Kingmax, TeamGroup, Thermaltake, Transcend and Adata XPG.

Rose with the heat of the Grand Finale’s atmosphere, Ms. Patty Yen, Deputy Executive Director of the Strategic Marketing Department of TAITRA said, “Taiwan Excellence Intercollege Battleground has enabled us to draw closer to the fast-growing eSports community and Malaysian universities, allowing us to feature the best of Taiwan products and technology, We hope to make this an annual gathering for gamers”.

– Among the talented gamers and rising star champions of the tournament, professional gamer, SoG | Meat, Champion of Tekken 7 will represent Indonesia to compete at 2018 IESF at KaoShiung, Taiwan in November. En. Rinie, Secretary of eSports Malaysia mentioned “It is one of the best e-sports event I’ve seen so far”. He also supported the initiatives and looks forward for more collaborations on eSports event by Taiwan Excellence to spearhead the development of eSports in Malaysia as well as to provide proper training and infrastructure for passionate young talents to the world’s stage.

“Over the years, Taiwan has developed reputable cutting-edge gaming hardware, and captured 36% of the global market share”, said Mr. Hsu, Da-Wei, Director of the Economic Division of Taipei Economic and Cultural Office in Malaysia. In supporting this effort with the overwhelming growth of Malaysia’s eSports, TAITRA, supported by many gaming brands from Taiwan are committed to innovative excellence and have continuously invested more resources for better playing experience, outstanding products and breakthroughs to date. 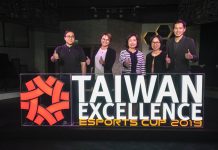 Taiwan Excellence Esports Cup 2019: Malaysian e-sports in the eyes of Flava and Babyoling 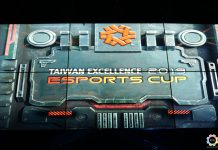 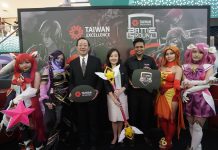