Now I’ve been using the iPhone 8 for almost 10 months now, and almost a week ago I’ve decided to switch the new iPhone XR. Now despite that it’s only been awhile and I’m still getting used to some of the new features, I’ve already found some of the things I love about the iPhone XR. 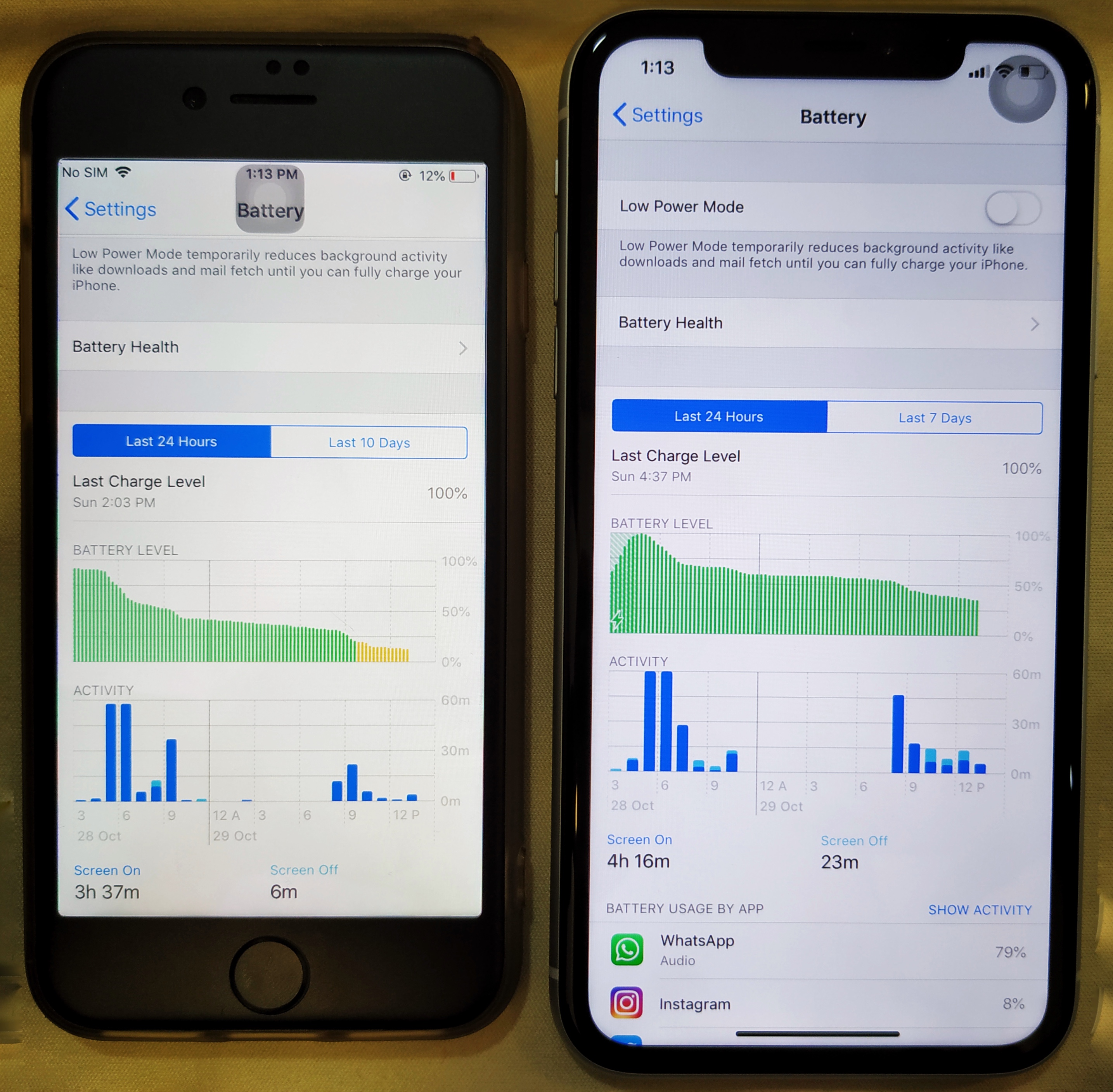 The longer battery life is definitely the first thing I’ve noticed when I start using the iPhone XR. While the iPhone 8 has 1821mAh battery, the iPhone XR has 2942mAh battery and it’s considered the iPhone with the longest battery life because the iPhone XS Max bigger battery capacity has to power massive OLED display with 458 ppi compared to XR’s 326 ppi. I charged both my iPhones to 100% and within 24 hours we can see that the iPhone 8’s battery drains much quicker despite the fact that I was using the XR most of the time. The screenshot on the left is from the iPhone XR display and it is undoubtedly bigger than my iPhone 8’s display, which is a definite plus for me. Since I’m often on Netflix whenever I’m free, bigger display means I don’t have to strain my eyes when it comes to watching Netflix or Youtube, and I get to view more at once when it comes to scrolling on my social media like Instagram, Facebook, and Twitter. While this is already available in last year’s iPhone X, being an iPhone 8 user, the TrueDepth Camera is a revelation to me. With the ability of facial recognition, I can unlock the XR and perform apps and in-apps purchases just by looking at the camera. I’m not saying that Touch ID is a hassle and I hate it, I’m just saying that the Face ID is just as good and is a great proof of technological advancement, which I’ve personally decided to embrace.

The TrueDepth Camera also allows Animoji and Memoji, which I’m finding a delight especially when I’m in casual conversations. I love that it brings a certain level of entertainment when I’m in iMessage, instead of just a normal audio recording with no visuals. It’s great that I have various characters to pick from, and if I want, I can customise my own Memoji to look like me or anyone else.

In just few days, I’ve pretty much gotten used to the lack of home button and I love how easy it is to switch between apps and close them. I don’t need to double click on the home button to show my recently open apps, instead I just swipe up from the bottom then left/right to see my recently open apps, and when I want to close an app I just have to swipe up from bottom. It’s definitely a good substitute for the home button and surprisingly I’ve gotten used to the gestures so effortlessly that I often try to do the same with the iPhone 8 that I’ve been using for so long (just to be clear, it doesn’t work).

We’re back to the camera again, because it is just amazing. Although the rear camera is a single lens camera with 12MP sensor, it has the portrait mode that only dual camera iPhones can achieve thanks to the A12 bionic chip. I love being able to adjust the depth of my background when it comes to taking pictures, as it gives of a more professional vibe compared to the usual pictures you take with your smartphone.

Last but not least, everyone knows that the iPhone XR comes in six colours which includes white, black and fun, bright colours such as blue, coral, yellow and red. While previous iPhone models also come in red, their other colour options are usually gold, silver, grey or black, and those colours are not as vibrant compared to the new colours available in the XR. I like the change in colour theme and I believe it’s about time Apple add more fun into iPhone colours instead of just staying classy.

So far I’ve been loving the switch from my iPhone 8 to the XR. Are you using the XR too, and if you are, what are the things you love about this iPhone?