Gab, a social media site that is similar to Twitter was recently forced to shut down due to connections with the mass murder of 11 persons at the synagogue in Pittsburgh. 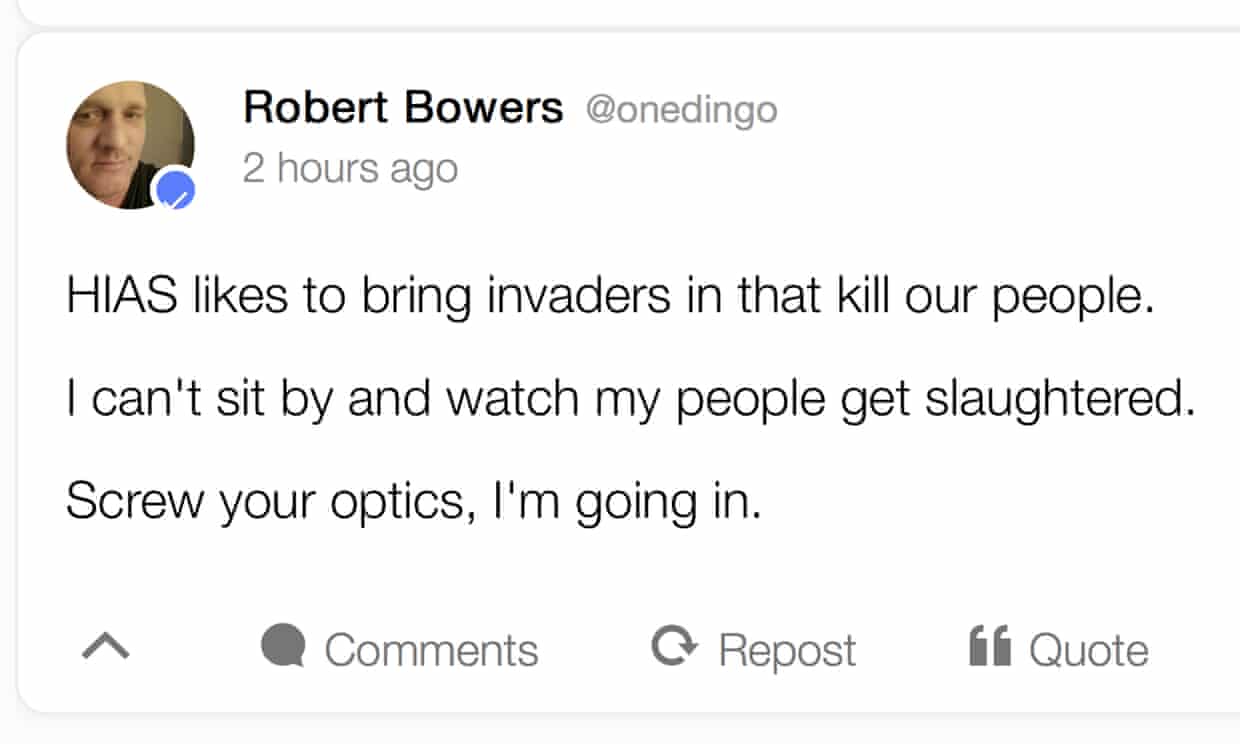 Robert Bowers, the suspected gunman that murdered the people was anti-Semitic and is a verified user on Gab, where he posted many anti-semitics statements on the site that directed hatred towards Jews. Not only did he murder 11 people, he also injured 6 policemen in which two are in critical states. The last post Bowers published on Gab hinted his anger towards HIAS and also an initiative to respond to the issue, though nobody would’ve expected it to lead to the mass murder.

Gab has up to 800,000 users in its site and revolves around “free speech” where it welcomes users who believe in total freedom of speech and those who think their postings might be censored by other social media sites. Payment providers such as PayPal and Stripe decided to break the partnership with Gab as the site has breached policies around hate speech and had not practice moderation policies which led to promotion of hatred, violence and negativity in the site. Gab’s domain registrar, GoDaddy and cloud-hosting company, Joyent has also decided to end the collaboration with Gab due to the breach of policies yet this is not the last of Gab.

Gab’s CEO, Andrew Torba wrote a statement on gab.ai announcing that Gab is not going anywhere despite the recent complications. He insist that they will not be stopped even if they’re banned, smeared and without a platform. Gab is looking for a new hosting provider and until then, the site will be inaccessible, but Torba is looking at the bright side, as the site is getting lots of publicity, even if it’s bad publicity.