Google is about to launch their latest generation of Pixel devices next week and we are expected to see two new phones, the Pixel 3 and Pixel 3 XL. However, it looks like there might be another Pixel 3 device that will be launch to meet the demands of the mid-range market.

A few months back, there was a rumour going around about a Google Bonito device, a mid-range device that supposedly comes with the Snapdragon 710 processor. Google actually shared an image toying with the idea of a Google Pixel Mini and left us with a caption asking us to stay tuned to the launch event to find out for our selves.

We've heard rumors of a mini Pixel. Which begs the question how “mini” is too mini? We have a feeling the next one will be a bit bigger than this. Tune in on 10/9 to see for yourself. #madebygoogle . . Doodle by Google hardware designer, @jac.bae.

Roland Quandt, a popular leaker mentioned the Bonito name and said that someone has been testing the device with GFXBench lately, but he went on to talk about other Nokia phones.

Someone has been testing Google "Bonito" with GFXBench lately. Make of this what you will. And HMD "Phoenix" is coming soon. I think that's Nokia 7.1 Plus, while "Rooster" (aka ROO) is Nokia 7.1. (big bird, small bird, you know…) https://t.co/G95tIm1EN1

Take this information with a grain of salt as these are still rumours and none of this has been confirmed by Google. We will get all our answers during the launch event which is happening on 9th October 2018. 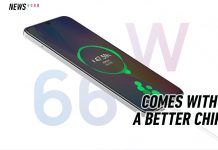