Razer started the gaming smartphone craze and soon after, companies like Xiaomi, Honor, and Asus jumped on the gaming smartphone bandwagon. Phones from these companies have somewhat overshadowed the Razer Phone and Razer themselves were quiet about how the plan to take the top spot once again. The only news we had what that they will be releasing the Razer Phone 2 by the end of 2018, but that is not going to stop the leaks from coming in.

Most of you know the Evan Blass, the famous smartphone leaker and he recently posted a picture of how the Razer Phone 2 will look like. On the front, it shares all the looks and features of the first Razer Phone with its massive speaker grills on the top and bottom as well as the sensor and front speaker location. The difference comes at the back, where the dual camera setup has now been moved to the centre-top of the phone, above the Razer logo. The button location is also at the same place and there looks like there is still no 3.5mm headphone jack.

We will probably see more leaks and reports of the other aspects of the phone, but it is still expected to come with the same 120hz display that was in the previous phone. 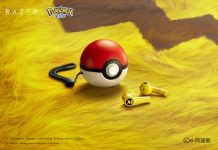