Google has been all about helping the community with its various apps like Maps which was extremely useful to get to your location as well as share a location with your friends and family. Other than that, apps like Street View and Google Earth has helped us explore different parts of the world without leaving the comfort of our homes. However, they took Google Earth to the next level with their Google Earth Outreach program which allows non-profit organizations to create a positive change to our world. The first case study that they showed is from the Center for Orang Asli Concerns (COAC) and Jaringan Orang Asal SeMalaysia (JOAS) which has put the indigenous Jakun community of Kampung Peta on the map, which was previously never been on any map. By using Maps, the organizations were able to map out the border of the Kampung and raise awareness of Kampung Peta’s existence. The outcome, 19,000 acres of the park was returned back to the villagers. Next was the Malaysian Nature Society (MNS) which has managed to monitor the dwindling numbers of Malayan Tapirs and map out their trails. In June 2016, MNS determined Bukit Tiong to be the best observation site and on the same year, the organization has placed camera traps to capture any passing wildlife. They also used Maps to pinpoint hotspots of Tapir roadkill accidents so they can take the necessary precautions to avoid any more death of these animals. Lastly, Rimba Ilmu also showed us their efforts to preserve urban-based nature to bring awareness of the biodiversity in urban areas. They did this by pinpointing the different types of flora and fauna in urban areas with the help of 400 students from 13 schools which made over 5000 observation of local animals and wildlife. After collecting the data, the organization informed relevant authorities of their finding so the ecosystem could be preserved.

With the lack of proper funding for these organizations, Google Earth Outreach has helped them tremendously in their research which will only benefit the average Joe like you and me. At the same time, preserving the ecology of our country which is a beautiful mix of urban and nature. 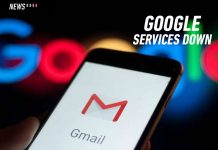