It’s about time that Google showed off their latest Pixel phone entry with the Pixel 3 and Pixel 3 XL, for a long time we were given the impression that the phone will release on 4th October 2018 as they have always been following the same release date when it came to the 2016 and 2017 Pixel phones. However, new reports have indicated that the phone will release at a slightly later date.

The phone is not a surprise any more as some of the phones have found their way on the Blackmarket which were being sold for $2000. Due to that, we know that the phones will come with USB-C earphones and there is even an unboxing video for the phone, it will also come with recent camera features like beautification and wide-angle selfies. Google has not responded to the Blackmarket units, or how the shipment got into the hands of unauthorised personnel. The reports have stated that the Pixel 3 phones will be unveiled on 9 October 2018 in New York City where they should unveil other products aside from the phone like the Pixel Watch. 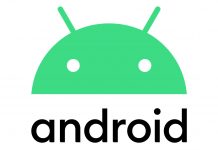