We have seen a lot of weird and wonderful patents that seem to give us an idea of what the company has in plan for its future innovations, and now we seen it all. LG has filed a patent that has recently come to light and it might be a game changer or just downright weird.

LG has been awarded a patent application for a foldable smartpen which they applied for back in 2015. The pen will come with two displays, one to show the time, notifications, and app shortcuts. The other screen is a flexible screen that rolls into the body of the pen and will retract with a click of a button.

LG has planned this out in hopes it would replace the traditional smartphone, the patent also states that the pen will be able to pair to other devices and mirror your writing in the real world. That’s not the end, apparently, the pen will come with all the sensors you might see in a smartphone. This includes gyro, e-compass, proximity, pressure, camera, eye-tracking sensor and even a fingerprint sensor, there is even a microphone and earpiece to make it a full smartphone/smartpen device. If they can pull it off, this will be one of the greatest feat of engineering as they plan to implement all the mentioned features into something as small as the pen on your table. Let’s not jump the gun and call crazy so fast, perhaps they might actually pull this off and shock the world. 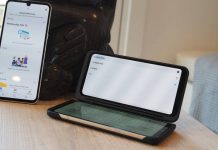 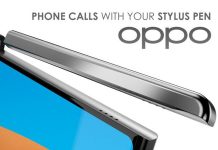 OPPO wants a phone with a stylus, according to a leaked patent 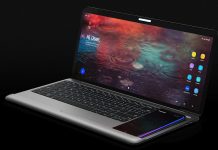 The MSI Creator 17 is the first laptop in Malaysia to...