Lenovo had a good run at MWC 2018 as they introduced many products that will help push intelligent devices to users in this and next year. Their smartphone division, Motorola, has shown of a Health Mod which allows you to measure five vital sings including accurate systolic and diastolic blood pressure all from your Moto Z phone. Other than that, they also showed off a range of laptops like the Yoga 730 and the Yoga 530 which combines the power of Windows 10 with modern design, powerful performance and tablet portability. The Yoga 730 stands out from the crowd as it harnesses the power of AI for a hands-free interaction with the device thanks to both Cortana and Alexa built-in. They also showed the rugged Lenovo 500e, 300e and 100e Chromebook for education. Aside from the rugged exterior an protective designs to guard against spills and drops, the 300E Chromebook comes with Lenovo Enhanced Touch technology, which allows you to use everyday options to interact with the screen and the 500e Chromebook provides EMR Pen with Google’s lag-free algorithms for writing and sketching. The Yoga laptops have no release date or retail price but the Chromebooks are currently available for purchase and it should arrive in Malaysia in the coming weeks. 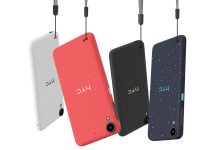