Sony has just shown off their first flagship phone of 2018 and as expected it is the Xperia ZX2. The phone comes in two variants, the XZ2 and XZ2 Compact both coming with an 18:9 aspect ratio, ditching the large bezeless on the top and bottom of their previous phones.

The Xperia XZ2 comes equipped with a 5.7-inch TRILUMINOS FHD+ LCD HDR display with a full body display as mentioned from the aspect ratio they are going for. The phones come with Sony’s Advance X-Reality engine and combining with the display HDR support, will convert non-HDR content into HDR quality which is something very unique but we will be testing that out when we get our hands on it. The phone comes with an aluminium frame, 3D Corning Gorilla Glass and has a dedicated shutter key position below the power button and volume rocker on the right. On the back, there is a single 19MP 1/2.3-inch sensor size with a f/2.0 aperture camera and a fingerprint sensor below that. Other than that, it also comes with phase detection, laser focus, LED flash, predictive hybrid autofocus and 5-axis stabilization. It can also capture HDR videos in 4K, and 720P or 1080p videos at 960 frames per second.

On the front, is a 5MP f/2.2 aperture camera that supports 3D Creator, allowing you to record Animoji, AR Emoji-like feature of your face. It applies post-processing to improve quality and allows you to share it directly on Facebook. Specs wise, it comes with the latest Snapdragon 845 processor, 4GB of RAM and 64GB of internal storage expandable via a microSD slot. In addition to that, Sony has also included a Hi-Fi audio DAC and improved S Force stereo speakers that makes it 20 percent louder than its predecessor. It also comes with what Sony is calling a Dynamic Vibration System that allows you to “feel” the content that you are consuming such as music, games and apps with synchronized vibrations. The Xperia XZ2 comes with an IP68 dust and water resistant and a rather small 3,180mAh battery which supports wireless charging. It will ship with Android Oreo out of the box alongside accessories like a new Style Cover Touch and Style Cover Stand, Sony’s Wireless Charging Dock, a Quick Charger and a 2-way Style USB Audi & Bluetooth Headset with USB Type-C connector that charges the phone while plugged in.

The Xperia XZ2 Compact is very similar to the standard model expect it comes with a smaller 5-inch display, and a 2,870mAh battery. 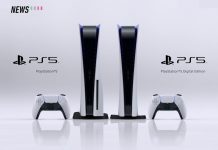