While most of us are looking forward to new and powerful flagships in Mobile World Congress, Alcatel has launched its first Android Go phone and is simply called the 1X. The 1X is an entry-level phone that runs on Google’s optimized Android Oreo (Go Edition) for entry-level devices, and specs include a quad-core MediaTek processor paired to 1GB RAM, 16GB of storage and surprisingly, an 18:9 5.3-inch 960 x 480 display, which is definitely something new for its class. In addition, The Verge also reports that some models of the 1X will reportedly come with Alcatel’s “Face Key” facial recognition technology instead of a fingerprint sensor, which you shouldn’t expect it to work as sophisticated as Apple’s Face ID.

Phones on the Android Go program are supposedly optimized by Google for entry-level performance and similar to Android One devices, such phones will get software updates and security patches directly from Google. Such kind of devices are usually favored in countries such as India and certain European countries, therefore the Alcatel 1X will be available in both single and dual SIM variants, which will carry a price tag of €100 (RM482) and €110 (RM530) respectively. We’ll check out the phone when we get the chance, as we’ll be live over at MWC 2018 in the next few days. 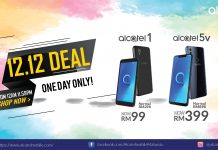 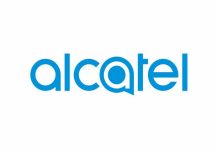 Alcatel 11.11 sales offer exclusive discount up to over 40% off on smartphones 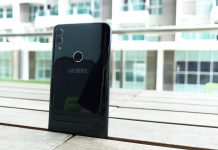