Fitbit has just announced a new smartwatch called the Ionic which is built on Fitbit’s health and fitness expertise with a new SpO2 sensor to offer a more in-depth health insights like sleep apnea, advanced GPS tracking, on-device dynamic workouts, improved heart rate tracking and water resistance up to 50 meters. Other than that, it also comes with modern features like contactless payment, onboard music, smart notification, apps and watch faces for customizability. Fitbit has claimed that the Ionic comes with 5 days of battery life and 10 hours battery life when using the GPS or playing music. It also has a personal trainer mode which will give you step-by-step instructions for a 7-minute workout, 10 minutes abs and treasure chest and dynamic workout that is cated to your feedback provided to the watch. There is also a Running Companion that will automatically detect when you start a run and activate the GPS to give you the tracking you need. It can pause and resume your run when it detects that you have stopped for water or to catch your breath and resume when you continue your run. With the 50-meter water resistance, the Ionic can count swimming laps, exercise duration and calories burned when swimming. The SpO2 sensor can estimate your blood oxygen level which can give you an in-depth information about your health and detect if you have sleep apnea. Fitbit has integrated wireless payment with into the Ionic, which enabled you to leave your phone and wallet at home and make payment directly with the watch where ever cashless payment is accepted and it will show you received calls, text, calendar alerts and notification from popular apps like Facebook, Gmail, Instagram, Slack, Snapchat and more. The Fitbit Ionic is running on the company’s new operating system for smartwatch called FitbitOS which will be updated regularly to improve the user experience. With Fitbit App Gallery, users can download popular health and fitness apps from Fitbit like Exercise, Fitbit Coach, Relax, Timer and more. It also supports Strava, which is a social network for athletes, and Weather, powered by AccuWeather.

They have also touched lightly on two new products, the Fitbit Flyer and Fitbit Aria 2. The first wireless earphones which come with a durable, sweatproof design and advanced sound performance. The Fitbit Aria 2 is a WiFi Smart Scale, which offers best in class accuracy and easy setup via Bluetooth. It can track your weight body fat percentage, lean mass and BMI by synching the data from the Smart Scale to the Fitbit app. 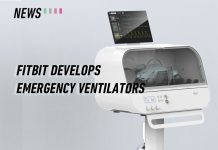 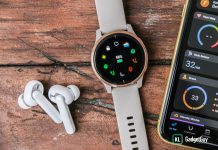 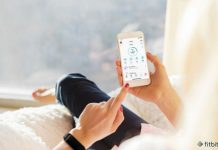