U Mobile has been through an interesting year, the telco launched a number of unlimited plans and terminated its RAN share agreement with Maxis, and the next thing that we could expect from U Mobile is a digital wallet service. In a report spotted by local media Amanz via NST, U Mobile CEO Wong Heang Tuck has revealed that the company’s e-wallet service is pending approval from Bank Negara Malaysia, while it has renewed the service agreement with Ericsson, which the latter will focus on delivering technology and innovation to upgrade the telco’s service.

This makes U Mobile the third telco to launch an e-wallet service, rivaling BOOST by Axiata (Celcom) and vCash by Digi, it is unknown when the telco would actually launch the service, but we can already how the company decides to market the service, as the company already has a subscribers rewards program joined by various merchants and the B Infinite rewards card, it made sense for the telco to offer such a service to its merchants and customers. However, such e-wallet services are usually not linked directly to your bank account, hence you will need to top up the account in order to use it, but let’s hope U Mobile also supports reloading the e-wallet using its prepaid reload cards, as this would be rather convenient for some users and hasn’t been implemented by any e-wallet services at this point of time. 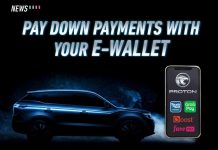 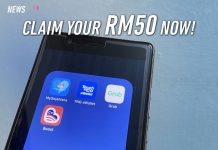 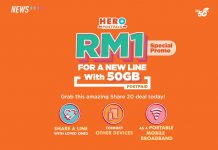