BlackBerry announced at CES that they will be launching two new BlackBerry smartphones in 2018 but did not mention what these phones will be. In 2017, BlackBerry released the KEYOne and Motion which was two very decent entries into the Android market.

Alain Lejeune, Global General Manager of BlackBerry Mobile said that people have been showing renewed interest in the two mentioned phones and with their entry into 50 countries, they will continue building their portfolio of phones in 2018. The company introduced the KEYOne during CES 2017 which was met with a good response. However, during CES 2018, they did not announce any new devices, only mentioned on new phones coming soon. Aside from that, they are releasing a Bronze Edition of the KEYOne which will be released in selected markets across Asia, Europe and the Middle East which is generally, a different colour variant of the KEYOne. 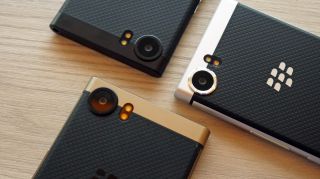 It looks like BlackBerry is serious on their comeback, finally ditching the BlackBerry OS and opting for a more familiar stock Android feel which is probably the reason why their phones have been getting more traction with users.