It would seem that there will be a new Moto Mod coming to the Moto Z series of phone. This new mod comes as part of Motorola’s Transform the Smartphone challenge where teams of engineers work together to bring something new to the Moto Mod line up.

The winners are Livermorium, who developed a QWERTY keyboard Moto Mod which actually looks really nice. It has curvy and spacious keys with multiple functions, LED backlighting and directional buttons for navigating Android. There is even a mechanism that will allow you to tilt the phone upwards and away up to 60-degrees to give you a better angle. The company behind the mod originally planned to include a 1,750mAh battery into the mod, but when they unveiled it at CES 2018, they did not mention about the battery which we are assuming will not come with the final product. That would mean that the mod will be drawing power from the phone and we can only hope that it will not consume too much.

Motorola has mentioned that this mod will cost $99 and will be available in Winter 2018. Will you be slapping this mod on your Moto Z phone? Let us know. 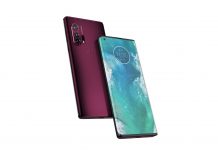 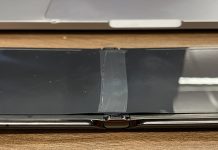