ZTE triumphed in the smartphone market last year, with the likes of the Axon 7 making headlines all over, even trumping the OnePlus 3 with a higher resolution display at a similar price point. The ZTE Axon 7 turned out to be one of the most bang for your buck flagship smartphones in 2016, with top specs, a QHD display and front firing speakers. While an Axon 8 is still being anticipated, ZTE has reportedly ceased production for the Axon 7.

Although the ZTE Axon 7 is already around 18 months old, the Snapdragon 820 processor should still pack a punch for another year or two. According to a thread on Reddit, an individual was told that the Axon 7 won’t be available for sale moving forward. The phone is also listed as out of stock on ZTE’s official US store. This not only hints at the ceased production of the handset, but also the impending arrival of a successor.

There have been rumors of a ZTE Axon 8 making an appearance, but they still seem wishy washy to date, which brings us to conclude that there won’t be an Axon 7 successor this year. Just recently, the Chinese manufacturer unveiled the Axon M, which features a foldable screen, but not of 2017 flagship territory as it features last year’s Snapdragon 821 chipset. Do you think there will be an Axon 8? 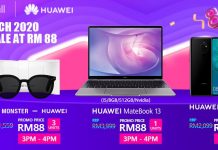 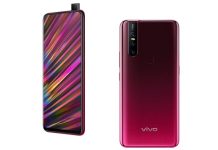 Be the first few in Malaysia to get the Vivo V15 at Vivo’s Superday Sale this Saturday!