When we talk about cheap or budget phones, a lot of people have the perception that they are phones that will probably not perform well or will give a lot of issues to its owner, but recently we have seen phones that have broken that stereotype and offers us performance that can sometimes shock us, even phones that go below the price range of RM1000. It is a beautiful time because this allows more people to venture away from the old cell phones and into the world of smartphones. One such phone is the Honor 6A Pro, a phone that will only cost you RM699 and performs slightly better than expected. Usually, cheap phones will come with a sacrifice in build quality, not the 6A Pro tho, as it comes with a full metal body on the back and I must say it feels really rugged which is really rare to find in a cheap smartphone. This makes the experience better as it helps when it comes to holding the phone, we seen so many phones made from glass or metals that are slippery, not this phone as the aluminium on it is not just a design but feels like it was made to add to the grip on the phone. On the back, you will also find the fingerprint sensor, which now comes to the issue I have with the front of the phone. The top part has a very nice utilization of space but on the bottom, there seem to be so much of space and rather than slapping on the Honor logo, perhaps that space could be utilized for the fingerprint sensor as the back already has the Honor logo. There are even no capacitive buttons where they made the decision to place all the navigation buttons on at the bottom of the screen.

With a phone at this price, we should not expect awesome flagship specs, but what is under the hood definitely feels like its worth the amount that is asked for this phone. Inside is a Snapdragon 430 processor, 3GB of RAM, 32GB of Storage with the option of expansion and a 5-inch HD IPS LCD panel. The screen is not the best out there in the market, colours are slightly dull and it does seem like some sort of calibrations still need to be done on this phone but its still nice to know that for this price range, they managed to put an IPS panel in it which makes it one of the better screens for phones that are in this price range. There are lags and slowdowns in the phone when it comes to browsing Facebook and even opening up Whatsapp, however, this is something that I have expected coming into this phone, with the lower-end processor and 3GB of RAM it did still manage to perform well when starting up these apps. Slowdowns and lags are only present when I go too far down in my Newsfeed or opening up a Whatsapp conversation that been going on for awhile or group text.

READ MORE  Get HONOR products online for lower prices before the end of March! With it using a Snapdragon 430 processor, it will not be the gaming powerhouse you might expect it to be, games with the likes of Mobile Legends and AOV will be showing some lags and slowdowns but if you going for something more simple and less graphically intense then it would be fine. EMUI 5.1 is powering the phone which is honestly one of the better custom launchers that I have experienced in phones, there is, of course, some bloatware that they have included in the phone and sadly there is no option to remove them. But what is nice is that it comes with Android 7.0 out-of-the-box which is always a welcoming sight for budget phones. That also means that you get access to Google Assistant, which really adds more value to the phone. The battery on this phone is really impressive, for a phone that has 3020mAh battery, it is very efficient device as I can easily get 2 days worth of battery with my usage of browsing the Internet, social media and watching videos on YouTube. I once forgot to turn off the hotspot on the phone and it was connected to my second phone and laptop for roughly 5 hours, to which it still had 41% of battery from 95%

When you think about a camera on a budget phone like this, you would expect that it would take horrible shots, but to be honest and taking into account that the phone is RM699, it can actually take pretty nice shots with the 13MP rear sensors. The colour reproduction is not terrible but its not good either, but it is satisfactory even if the colours don’t pop out but they are not washed out either, but there is a lost in details in the shots so it might not be so ideal if you are capturing a scene with a lot of elements in it. The 5MP front camera can take nice shots, the colours seem more washed out compared to the rear camera to the point that it might make you look slightly pale. There is a beautifying effect but as you know already, I am not a fan of that feature on any phone and that’s no different here. The camera software, on the other hand, is decent as they have the options of Pro Mode where you can reduce the ISO to bring down the noise, but the photo becomes too dark. There is also a Slow-mo mode and time-lapse if you are into those things. 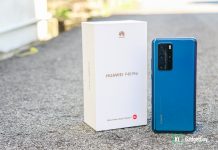 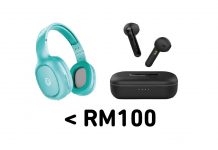