It was some time ago back in August when HTC promised its HTC U11 users Android Oreo software before the end of 2017. As we pass the halfway mark of November, the Taiwanese company has finally fulfilled its promise, but not entirely just yet.

HTC U11 users in Taiwan have begun receiving OTA Android Oreo software updates for their phones. The software update comes at a significantly large size of 1.33GB, which is always better to have it downloaded via Wi-Fi if you have a limited data plan. The update consists of Android Oreo upgrades, along with VoLTE support for a local carrier, plus November security patch updates.

While Taiwanese HTC U11 users are currently getting their share of Android Oreo, this also means that the company will be rolling the new software out globally very soon. That is if HTC decides to fully keep its promise. The HTC 10 and the HTC U Ultra will also be handed Android Oreo software respectively, while the large HTC U11 Plus will be running on Android Oreo out of the box.

The latest numbers saw Android Oreo increase to operate on 0.3 percent of Android devices. The figure is expected to increase even further by the end of 2017. 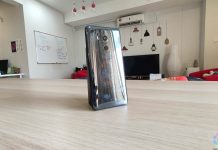