D-Link may have caused a dent to its reputation due to its infamous router security issue, but this doesn’t mean that the company isn’t coming out with great products, what we have got in our labs this round is the DIR-882, otherwise known as the AC2600 EXO Wi-Fi Router, the router is positioned at the mid-high range of the company’s product line up, which offers dual band Wi-Fi performance at 800Mbps and 1733Mbps for the 2.4GHz and 5GHz band respectively. Additionally, this is also the first router that offers the 160MHz bandwidth for extreme data transfers, hence we have decided to put the DIR-882 to the test, and find out if this is worth your investment. Although D-Link advertised the DIR-882 to be the ultimate router for 4K gaming and streaming, the router doesn’t feature an aggressive design like the DIR-895L, it does however have a signature X design aesthetic on the top that represents the company’s premium EXO series line up. The DIR-882 comes with four non-detachable high gain antennas, which isn’t great as you might need to replace the unit if you happen to break one of them, fortunately they are pretty solid and will only break if you forcefully do so. D-Link has been rather considerate to have the USB 3.0 port placed at the front of the router, making it convenient to connect external storage devices to be shared in the network, however you will need to enter the router’s software to manually disconnect the device safely, as it doesn’t have an eject button. At the back, you get the standard set of RJ45 ports, a USB 2.0 port for printer sharing, a WPS connect and Wi-Fi button. The DIR 882’s web management software looks very much the same across other D-Link consumer routers, and it is extremely simple to set up with just a few steps. Once done, you get to see the familiar dashboard screen as shown above, which tells you how you are connected to the Internet, the number of network clients and USB devices connected to the router. I really like the simplicity of the software as I can easily manage my connected devices through the dashboard, and the drop down menus are just straightforward. What’s new to the DIR-882’s software is the advanced QoS (quality-of-service) engine, instead of having you to manually enter the IP address of the network clients, all you need to do is to drag and drop the client you want to the priority boxes, this feature is particularly useful if you have a busy network environment, as you can prioritize network bandwidth to specific devices to ensure your Internet connection doesn’t get overloaded. The DIR-882 also features Smart Connect in its Wi-Fi settings, which automatically allocates the 2.4GHz and 5GHz band to your devices according to usage, in my case I’ve left that option disabled as I would prefer connecting to a 5GHz band if my devices ever support it. Like our usual router benchmarks, we will be using the D-Link DWA-192 USB wireless adapter for our wireless test, which is capable of reaching a theoretical transfer speed of up to 600Mbps and 1300Mbps for the 2.4GHz and 5GHz band respectively, while the wireless Internet speed test is done using an iPad Pro 10.5 with the Speedtest.NET app by Ookla. Using three locations in our 1000sf studio office, we attempt to benchmark the data transfer speeds between a Synology DS216+ II NAS and a WD My Passport connected to the router’s USB 3.0 port, there are a total of 29 connected wired and wireless clients at the time of testing There isn’t much difference when performing data transfers to and from the NAS over Gigabit LAN, however read speeds from the USB hard drive is pretty impressive, making 4K video streaming from the hard drive achievable, write speeds on the other hand performs much slower than the rest. In the 5GHz transfer test, the DIR-882 handled write speeds extremely well to the NAS, it is in fact on par with the ASUS ROG GT-AC5300 and the flagship DIR-895L in all test locations, it surprises the most at Location C, where it outperforms both the higher end TP-Link Archer C5400 and ASUS ROG GT-AC5300. Where the DIR-882 tends to fall behind other routers we have benchmarked is on the 2.4GHz band, where it fails to have the DWA-192 connected to the 40MHz bandwidth. The DIR-882 shines on read speeds when connected to the 5GHz band, which is great if you are streaming video content from your hard drive, it also surprisingly outperforms the more expensive ROG GT-AC5300 in the USB 3.0 read, write speeds unfortunately doesn’t look pleasing, you may not want to perform huge file transfers in this case. The DIR-882 held up very consistent speeds in both download and upload at Location A and B, speeds drop a little at Location C, though it performs surprisingly well in upload than other routers. AC2600 routers are pretty rare in the market, and the only one that is competing with the DIR-882 is the ASUS BRT-AC2600, a business grade router that costs twice the price of the D-Link DIR882. For RM729, the D-Link DIR882 is an impressively priced wireless router that offers performance on par with more expensive models, if your networking environment deals with heavy gaming and video streaming, you should really consider getting this router for your home. 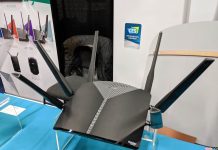 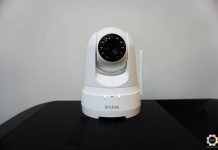 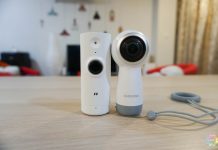