Ever wanted a phone that had a stylus but at the same time not pay an arm and a leg for it? Infinix has heard your cries and has finally opened the pre-orders for the Note4 Pro, a smartphone that comes with a nice big screen and has a stylus all for the price of RM999

The phone comes equipped with a MediaTek Helio X10 processor, 3GB of RAM, a nice 5.7-inch IPS FHD display, 32GB of internal storage expandable to 128GB via microSD card, and Android 7.0 out-of-the-box which will be updated to Android Oreo later on. On the photography department, there is a 13MP camera on the rear and 8MP front-facing camera and powering all of this is a huge 4500mAh battery which supports Infinix’s XCharge 4.0, giving you a full day battery with just 30 minutes of charging. The stylus which they are calling the XPen is not a fun scribbling tool, as it has features like Air Command which is similar to what is seen the Samsung Note devices, and you can take notes even if the phone is in sleep mode. The XPen will require a charge for usage, if you do run out of battery, simply charge the pen with the phone for 20 seconds and you can continue using it for the next 40 minutes.

From now till 9 October 2017, you can pre-order the phone on 11street which will get you a free Infinix XE02 headphones that is worth RM199 with colour options of either Black or Gold for the phone. Shipping will start on the 10 October 2017. 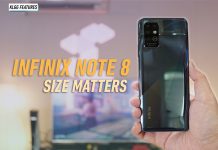 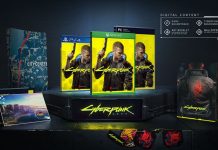 Cyberpunk 2077 exclusive early bird deals gets you items like soundtracks, a physical map, badges and more