While BlackBerry isn’t the most active of companies when it comes to smartphones, its loyal and die hard fan base never fails to generate hype prior to the launch of its devices every single time. Earlier this year, BlackBerry unveiled the BlackBerry KEYone which reached the depths of every BB fan boy’s heart. Just recently, rumors have emerged regarding a new secure BlackBerry version of the Android OS and now, the company is slated to announce a new device with TCL later this year.

According to CNET, TCL’s head of global sales, regional marketing and e-commerce for BlackBerry’s mobile division, Francois Mahieu has revealed a couple of key points for an upcoming device. For starters, the handset will not have a physical QWERTY keyboard which have been known with BlackBerry’s legacy phones. It will instead be a full touch screen device, much like the DTEK60 from last year.

Mahieu has also revealed that the phone will be making its appearance this October, which isn’t too far from now. We can’t be sure as to whether or not the upcoming BlackBerry smartphone will be the successor to the BlackBerry DTEK60 or DTEK50, but we shall soon find out. Besides, we have IFA 2017 in the corner to kill some time. 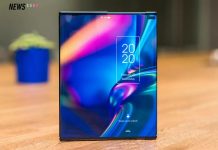 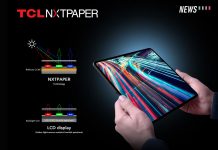