BlackBerry has always been catering to niche markets with its offering of phones. Known for its phones with physical QWERTY keyboards catered for working professionals, the company grew less popular among consumers with the rise of the smartphone age. BBOS and BlackBerry 10 OS weren’t as relevant as they used to be, constantly lacking in terms of the variety of apps and software experience.

BlackBerry succumbed to peer pressure and began to adopt Android. Back in 2015 the BlackBerry PRIV was launched, making it the first BlackBerry device to run on Android. BlackBerry carried on with the DTEK50 and the DTEK60 in partnership with TCL last year while this year saw the launch of the BlackBerry KEYone which appealed to diehard BlackBerry fans worldwide.

News site ET Telecom reports that BlackBerry is in the works of its own version of Android. Previous BlackBerry Android devices ran on stock Android without extra bells and whistles. This new Android software in the making is to be called BlackBerry Secure, which might feature BlackBerry’s security features that came with its legacy handsets.

The company has also explored the possibilities of EoT (Enterprise of Things) and is currently in talks with medical manufacturers and other companies for plans of building secure operating systems for televisions, wearables and medical devices. 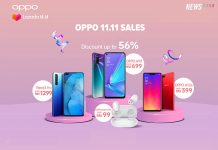