Last week Manhattan was in an uproar due to the launch of the Samsung Galaxy Note 8, the redemption that Samsung needed to bring back the trust that they have lost due to the unfortunate mishap of the previous Note 7. Many of you know the specs and overall look of the phone so that is not something I will touch on, however, I do want to talk about the phone as a whole and what it offers users like you and me.

First off, I think credit needs to be given to Samsung for publicly coming out and admitting that the Note 7 was a big mistake and something that they have taken great consideration when developing the Note 8. In case some of you are wondering why the Note 7 was a mistake, at the launch of the previous Note phone, reports came in that the phone was exploding when charging and sometimes even when the phone is off. This caused a global recall of the phones which Samsung took a huge blow for. That aside, is this the phone that is enough for people to come back to the Note series? Well yes and no. Let’s start with the camera, it was a nice to see that the dual-camera feature was confirmed on the Note 8 phone as it just brings more options to the user to extend the photo taking capabilities. That is also enhanced with the Live Focus feature that looks like a feature that will be used by a lot seeing as everyone like the bokeh effect that many phones are featuring. It is a slight downer that they did not bring the dual-camera to the more affordable S8 and S8+ but put in into the bigger and more expensive Note 8 in hopes to drive sales for that phone? The S-Pen is the trademark feature of all Note phones, allowing you to write or even draw using it and this time, they have advanced the stylus making it more sensitive to bring the drawing and writing more closer to life. That sound like a good thing, however, the features that you can do with the stylus is nothing to shout about. Frankly, I am slightly disappointed with the features that they brought, it just seems like most if not all the features that they are offering for the S-Pen seem to already exist. An example would be creating your own GIF, when I saw that feature being highlighted, I went to the Play Store and search for GIF creator and a whole list of apps was displayed that offered more features like using your own image, converting videos into GIFs, imputing my own text and more. Which then I realized that it seems I can do more with the other apps than this. That a side, the off-screen memo taking is something that I really like as I am a person that will need to write down important things that I need to do and I find that I will be using that feature a lot. App-Paring is the feature where it allows you to open two apps in a split screen view, an excellent utilization of the huge 6.3-inch screen. Although it is not a revolutionary feature it is still one that I will use a lot as I am an avid mobile gamer and I can see my self-launching a game on one screen and perhaps WhatsApp on the other screen making it easier to reply a message while gaming. However, that is something I can already do on my One Plus 3T, sure it’s not going to be as nice as using it on the Note 8 but it can be used by those of you that have a Nougat installed phone. App Link

The Galaxy Note 8 is a gorgeous phone and something that will definitely make heads turn, even if there are features that are new and some features that are not. It will be a productivity phone that will serve you well if you wish to get it but for the price of RM3,999 that is a lot to ask for and something that you have to consider greatly before getting it. But if you do get it, it is a very powerful phone that will be able to keep up with all the demands that today users ask from a smartphone. 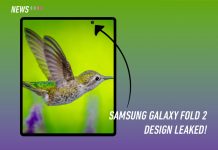