OnePlus has traveled a rocky road when it comes to software support for its devices. It first began with a relationship turned sour between the company and Cyanogen due to an exclusivity feud with India smartphone maker Micromax, and not too long ago, OnePlus 2 users have succumbed to the fate whereby Nougat will not arrive to the second “Flagship Killer”.

On the other hand, OnePlus has brushed up on the timeliness on its software updates to its newer devices such as the OnePlus 3 and OnePlus 3T. But the company’s Head of Product Oliver Zhang has clarified that Android O will be the last version of Android for the OnePlus 3/3T. This new announcement comes from a very recent Q&A post on software support for the OnePlus 3/3T on OnePlus Forums.

Zhang however claims that despite Android O being the last version of Android for the 2016 flagships, OnePlus will continue to roll out security patch updates “for the foreseeable future”. Support for individual application updates will continue as well. Regardless, this isn’t good news for OnePlus 3/3T users especially from a company who emphasizes software support.

OnePlus is expected to go full force on the software development for the OnePlus 5 in the future as updates for its older devices begin to settle down. 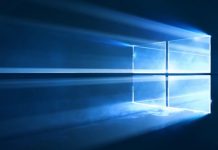 WhatsApp will cut support for Windows Mobile, Blackberry OS in 2018