Lenovo isn’t the best when it comes to timely software updates, or upgrading its handsets to newer versions of Android. While the company can be excused for not updating its older smartphones to Android Nougat, the first ever Google Tango enabled phone – the Lenovo Phab 2 Pro will be left out in the cold as well, with no plans by Lenovo to get Nougat onboard the unique handset.

According to Lenovo’s support page, the Phab 2 Pro has been listed running on Android Marshmallow, with an indication of “no upgrade planned” for the phablet. Admittedly, the Lenovo Phab 2 Pro turned out to be a flop more than anything else. Google’s attempt to experiment with Tango on this phone is probably the only silver lining in this situation. Regardless, the lack of software support for the Phab 2 Pro comes as a shock, given the fact that it was only released in November 2016 after being announced a little over a year ago.

Having said that, the ASUS ZenFone AR is definitely the more complete package with support for both Google Daydream and Tango, also sporting top notch specs on top of those. Meanwhile, the Lenovo Phab 2 Pro is now available for huge discounted prices below RM 2,000 on local online retailers. What do you think of these “experimental” phones? 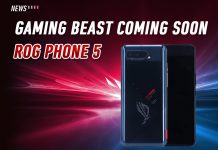