I have always heard complains about bad user experience with Apple. It’s true; there’s no mobile data icon next to the WiFi icon, and most of Apple’s apps are not exactly useful. With iOS 11 on its way, Apple users can rest assured that these machines will soon be a multi-tasking beast.

Currently, only a public beta is available through the Apple Beta Software Program. For those who live on the edge, remember to back up all your data before stepping into this new edge. It is also advisable to install the public beta on a secondary device as your iPad/iPhone might crash or experience battery drain. As for those who are not prepared for the edge, scroll down for all 11 useful features in iOS 11 that will completely change your iPad/iPhone. The final version will be released officially this fall.

Markup is a new way for you to leave a mark in your screenshots without tapping into Photos. While Markup is probably made for the stylus, my index finger had no problem being the temporary stylus. (opens in a new w2) Control Center Gets A Fancy Makeover

With a long swipe up, this fancy-looking Control Center will appear. I say ‘long swipe up’ because the Dock gets the ‘short swipe up’ which I will explain in 3) shortly. The panel on the right (highlighted in red) is customisable. This means that cellular data can finally (FINALLY) be along the WiFi icon. 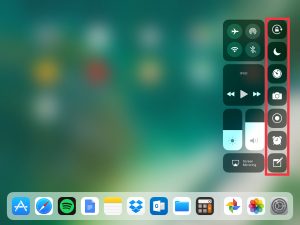 On the iPad, this macOS-like Dock minimizes visits to the home screen. A short swipe up will bring up the Dock where you can access your favorite apps. The Dock will also hold apps you have recently visited. 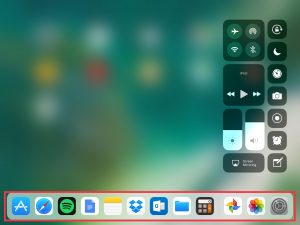 4) Drag And Drop Your Files in Split Screen View

Remember the split screen view in iOS 10? iOS 11 will include a drag-and-drop in addition to that. After you have brought up the Dock, drag an app out of the dock. When the app opens, just drag and drop a photo. 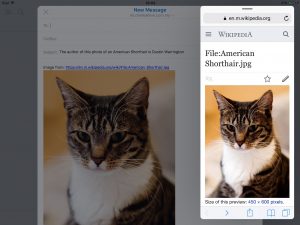 5) Notes Gets An Upgrade

Nothing comes free. Usually, a small payment is required to remove ads from a document scanner app. Apple users can scan documents add tables on Notes in iOS 11. Markup has also replaced the current sketching tool. This is self-explanatory. Other improvements to Siri in iOS 11 is made as well: Siri’s voice is more natural; Siri can know users’ preferences better due to its on-device learning and artificial intelligence. 7) A Much Needed Screen Recorder

Since some games do not provide screen recording tools, the newly integrated screen recorder in iOS 11 is godsend. In the control center, just tap on the recorder icon. Once it turns red, you’re good to go. 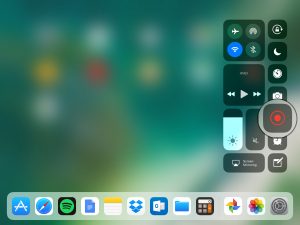 8) Browse All Your Files In ‘Files’

Although Apple is late to this party, Apple iOS 11 might have a better file manager than Android N’s built-in file manager. The file explorer in this iteration supports opening files from various other apps such as Google Drive and Dropbox, which is something not at hand in Nougat. 9) Typing Is Easier Than Ever

Press and swipe down for most punctuation and numbers without pressing ‘.?123’ on the keyboard. 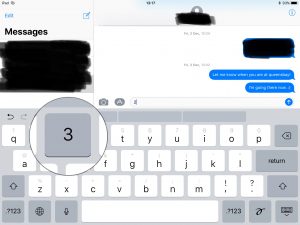 I usually download a QR code scanner app just for the purpose of scanning QR codes. Camera in iOS 11 can immediately recognize a QR code, and this ease of use could be a step forward for businesses and services. In the current operating system, the volume adjustment logo appears in the middle of the screen. I suppose the slider is relocated to the top right-hand corner for the sake of higher visual satisfaction (e.g. Gong Yoo/Chris Evans/Emma Watson). 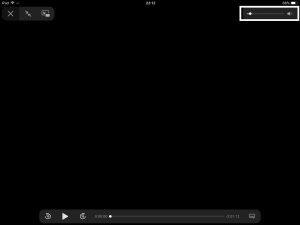 These features in iOS 11 are only a few among many others under the hood. Although iOS 11 is a big innovative leap, news on a compatible hardware to fit iOS 11 along with its super expensive price tag remains unknown. We will soon find out when Apple drops the iPhone 8 in the market later this year.

ABOUT US
Founded in 2013, KLGadgetGuy started off as a personal blog and quickly rose to one of the most well known tech portal in Malaysia.
Contact us: klgadgetguy@gmail.com
wpDiscuz
1
0
Would love your thoughts, please comment.x
()
x
| Reply