The trio of new Nokia phones may have disappoint without a great camera sensor, however that might change in the next batch of Nokia phones, as HMD Global and ZEISS have rekindled their relationship from the past, which the latter will be providing its glass to Nokia phone cameras for great image quality, the last device that the duo has worked on is the Lumia 950.

While this partnership has been confirmed, there is no hint of a new Nokia smartphone from HMD that will take advantage of the lens maker’s optics, the company has been lacking of a flagship smartphone for a long time since making its huge comeback, however judging from the past few years, ZEISS optics have also been found on mid-range Lumia smartphones such as the Lumia 830, so we can safely also assume that HMD isn’t going to use it merely on flagship devices.

Nonetheless, it is great to know that the Nokia-ZEISS partnership hasn’t ceased after the phone brand was licensed to HMD Global, such collaboration has proven to be really successful in the case of Huawei and Leica, we can’t wait to see what camera innovation the duo will come up with, but let’s also hope that Nokia catches up with better specs sheet on its next batch of smartphones. 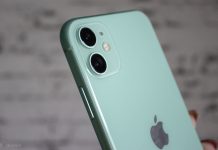