Nubia, a name that has recently rose to fame with the announcement of the Snapdragon 835 powered Z17 flagship with 8GB of RAM, have finally made its entrance into the Malaysian market, despite the already tough smartphone competition, the company thinks that there’s still space for it to appeal customers here, and has therefore launched a couple of models here. Similar to other phone makers, Nubia has pride itself as a “Mobile Photography Expert”, and the Nubia M2 aims to show that with its dual cameras, even though I merely have a week to spend time with it, this has become one device that I have no problems using as a daily driver, but what else is there to look out? We find out. 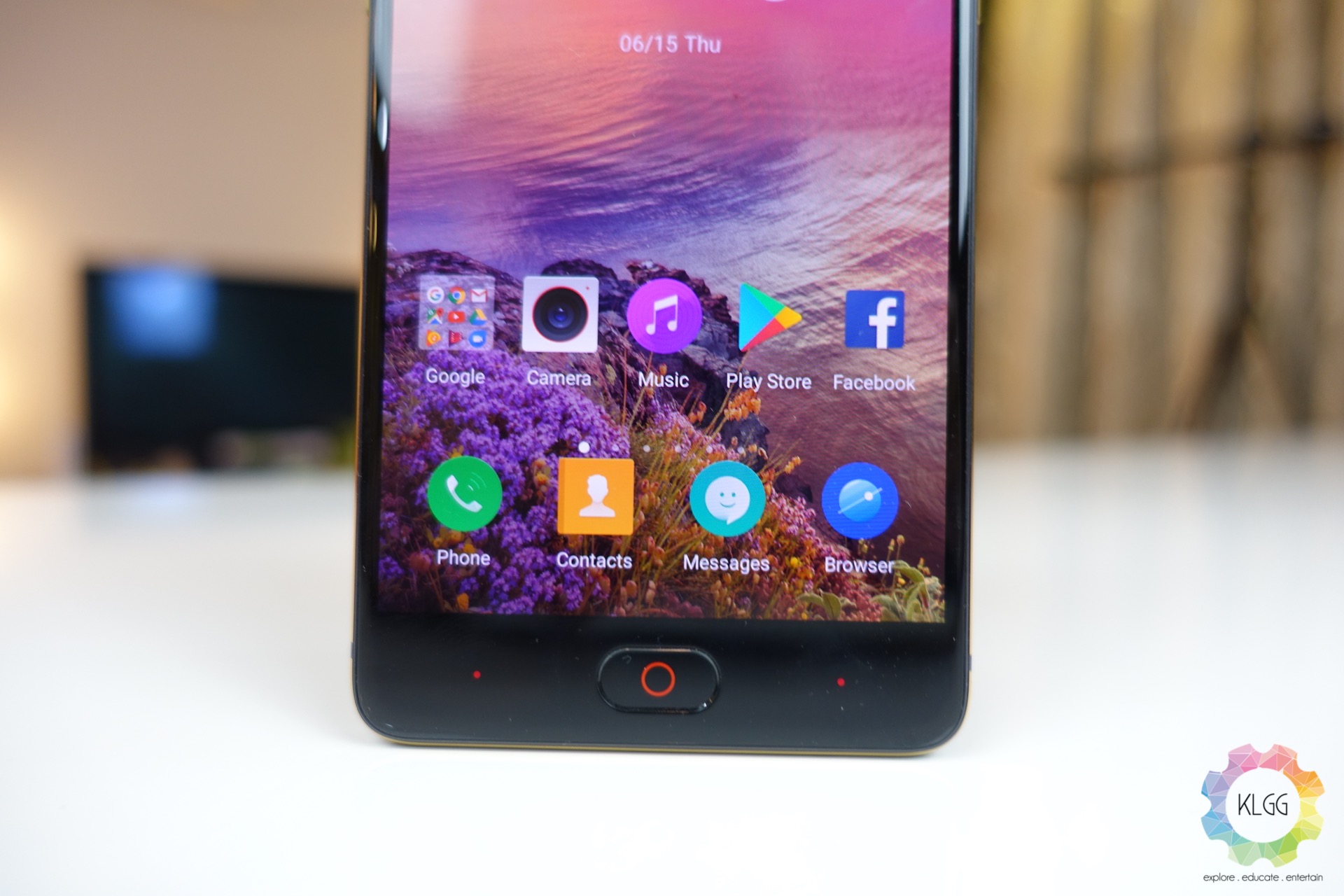 There’s no denying that the phone looks largely familiar with some phones we have reviewed in the past. To make things a little different, the Nubia M2 has some pretty interesting design elements, for instance a red circle is printed on the home button that also serves as a fingerprint scanner, nubia also considers this as it’s phones design signature, which you will find it present across its devices. In addition, the phone’s capacitive buttons pulses in red when notifications come in, something unique that I have yet to see on other devices. While the phone’s metal unibody has a pretty attractive matte black finishing, what’s even more interesting is that the company has giving it a gold chamfer finishing, which makes it less boring that just being black, that detail has certainly got a lot of my friends noticing it, and you will not find any smartphones having this design at this point of time. 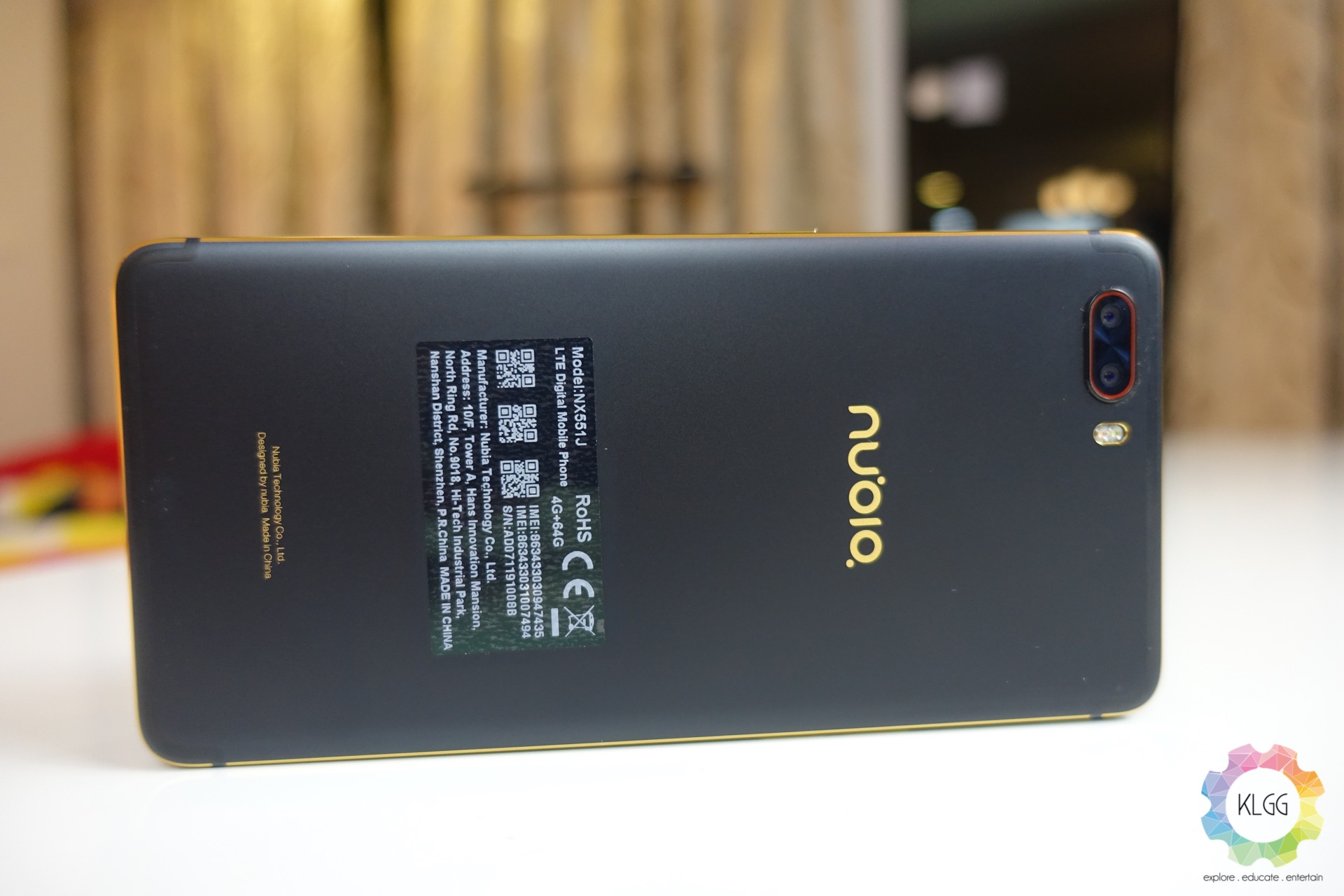 Nubia has been rather attentive to hardware specifications for its smartphones, and in this case the Nubia M2 is pretty well equipped with the efficient Snapdragon 625 processor we have been  very satisfied with, the phone comes with 4GB of RAM and 64GB of internal storage, users can also expand the memory with a Micro SD card using the second SIM slot, there’s also a reasonably huge 3630mAh battery that powers the device.

I was also rather impressed with the M2’s display, not only it is a pretty bright one when used outdoors, the slim bezels make the 5.5-inch display pretty reachable by my mid-sized Asian hands, Nubia has also opted for an on-cell technology AMOLED panel for the M2, which produces great color saturation and one you will really enjoy watching content, the display is also very responsive to my touch and that allows me to work fast on texting. During the review period, the Nubia M2 is running the company’s Nubia UI 4.0 based on Android 6.0.1, while it is slated for an Android Nougat update later this year, its still pretty disappointing as you don’t get to enjoy the latest software out of the box. If you can look past that, then the Nubia M2’s software works perfectly well as an everyday smartphone operating system, and it has some cool features that makes it different from others. For instance, my favorite feature would be the Edge Gestures, which allows you to perform certain actions by swiping  or tapping the edge of the display, such as switching between apps, going back to the previous screen, quickly jump to a home screen, and clearing the phone’s memory to optimize performance. These tricks aren’t perfect of course, as it could sometimes recognize the wrong gestures if not done properly, but it is pretty ingenious considering that it doesn’t require any special hardware to achieve this, and this could be something that Samsung could consider for its edge displays.

Overall, the Nubia M2’s software is pretty snappy and reliable, I have not find any fault using it and unless you don’t like the paginated home screen, you might just want to install a custom launcher to keep your home screen organized, and I really hope that Nubia will soon issue an OTA update  to upgrade the phone’s software, don’t be the next Oppo and Vivo. 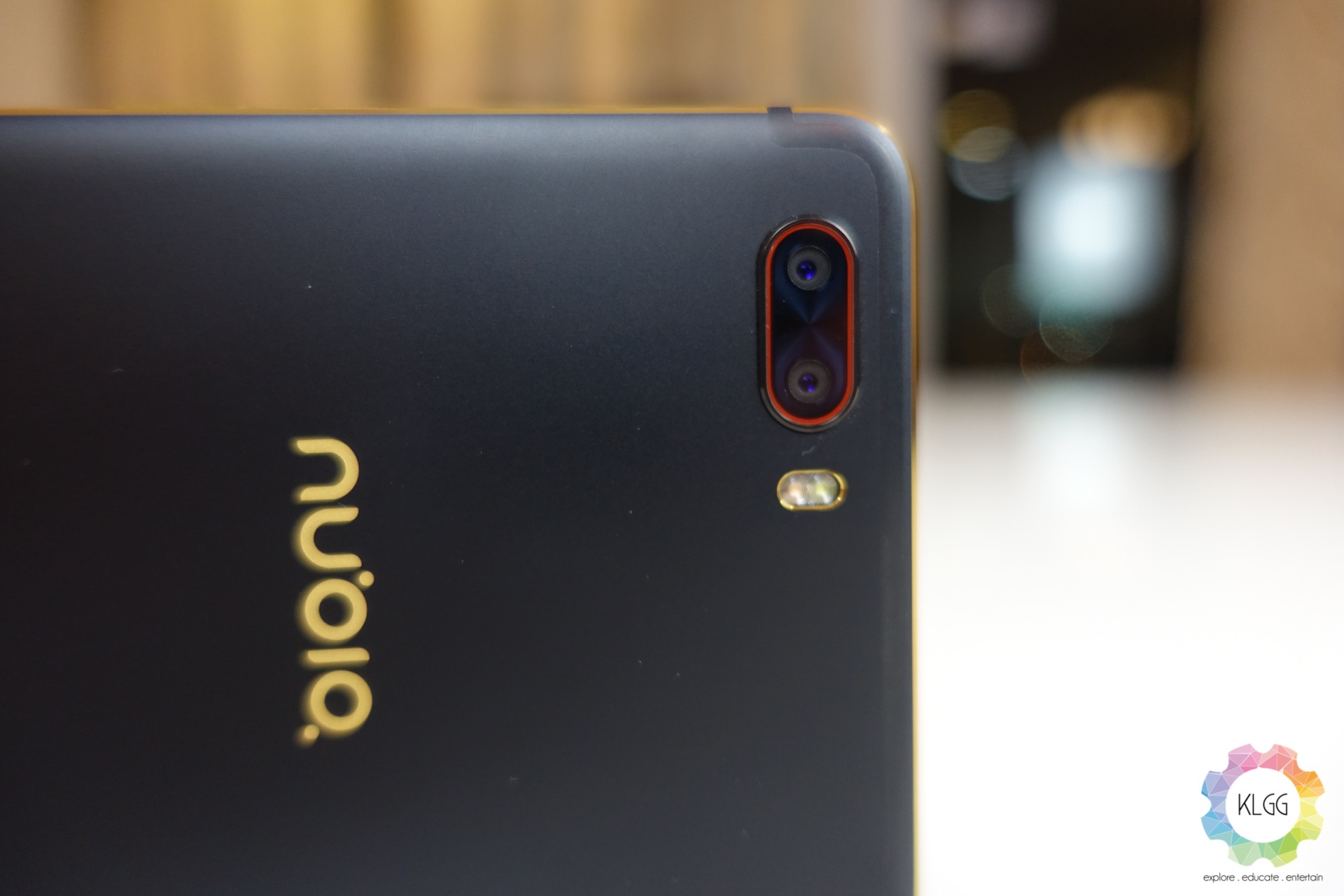 As dual cameras on smartphones are getting common these days, the Nubia M2’s dual cameras aren’t exceptionally unique in this department, you might even be mistaken that the cameras are Leica certified with the red ring around the camera lenses, as the sensors take RGB and monochrome colors respectively at 13-megapixels. However, what’s really disappointing here is that the M2’s dual camera sensors are limited with a maximum f/2.2 aperture, it also lacks optical stabilization as well, which you are not going to expect good photos in low light.

If you have set your expectations of the camera’s performance to be on par with Huawei’s implementation, then you might be disappointed as it doesn’t produce sufficient contrast and dynamic range in pictures, as you can see in the camera samples above, photos lack sharpness and there’s visible noise in low light. Let alone the imaging performance, the phone’s NeoVision 6.5 camera software offers a number of interesting shooting modes, the clone feature is actually pretty impressive if used in good lighting, which allows you to shoot different subjects in a single frame. I haven’t had the opportunity to test out features like Star Trail and Trajectory, which is supposed to create artistic light trails of fast moving subjects. Like many other Snapdragon 625 powered devices, I have no problems of using the Nubia M2 without having to charge in the middle of a working day, with an SOT (screen-on-time) of 3 hours, I will still usually get around 60-65% of juice at the end of the working day, and if I happen to run low on battery the next day, the included NeoCharge charger will get me back up in no time, while the phone doesn’t get warm when it is charging. At RM1,699, The Nubia M2 is truly a stylish dual camera phone that will definitely appeal to those looking for a smartphone with a unique design without breaking the bank, if you can do without having the latest Android software and the dual camera’s mediocre performance, then you won’t find any major issues on the Nubia M2, it is a reliable smartphone that gets the essentials right.