Huawei’s sub brand Honor is gearing up to get the party started again with the unveiling of the Honor 9. Honor has posted up a teaser with the phone’s launch date on Chinese micro blogging site Weibo, confirming the rumored launch date that emerged not too long ago.

It is official! The Honor 9 will be making its appearance at Honor’s launch event in Shanghai, China on the 12th of June, which is only less than two weeks from today. The launch of the Honor 9 comes approximately two months after the unveiling of the Honor 8 Pro, although the latter was released in China last year under the “Honor V9” title.

The change isn’t too revolutionary this time, as the Honor 9 is predicted to retain the same glass design like its predecessor. The display however, is tipped to be of 3D curved glass this time round, measuring a 5.15-inches in 1080p resolution. Underneath the hood, the Honor 9 will reportedly sport a Kirin 960 processor, the same chipset seen in the Huawei Mate 9 and Huawei P10 flagship devices. The phone will feature 4GB of RAM, with a rumored 6GB RAM variant, along with 64GB internal storage.

Like the Honor 8/8 Pro, the Honor 9 will have a dual camera setup as well – 20MP + 12MP rear sensors respectively, plus a selfie camera of 8 megapixels. The handset is suggested to pack a 3,100mAh battery.

We only have 11 days left till the Honor 9 graces the stage in China. What do you think of the phone’s rumored specs so far? 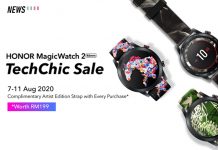 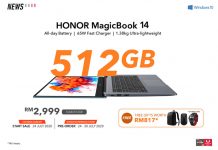 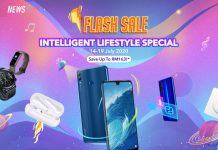