Motorola hasn’t been the most active smartphone company even after Lenovo took it over from Google. Granted, the company has produced pretty decent devices like the Moto G and Moto X a few years ago, it has also been trying hard to gather fans for its Moto Z and Z Play smartphones with expensive Moto Mods. However, things are definitely going to change with the upcoming Moto G5 Plus, a mid-range (Lenovo considers it as entry-level) device that I had an opportunity to use in Lenovo’s media preview event a few days back, the phone will go on sale next Monday and believe me, this is the phone that you are going to buy if you aren’t particular about design, the Moto G5 Plus is all about practicality and reliability. I used talked about how reliable the Moto Z Play is in my previous review, and the Moto G5 Plus is built around that foundation with a much lower price tag and some feature omissions. On first impressions, the G5 Plus isn’t an attractive device like the glass and metal Moto Z, it features a sturdy and metallic body but its nothing like the Moto M, which comes with a unibody chassis, there’s also no sensors for the Moto Mods as well, which is why you can already assume that this isn’t going to be an expensive smartphone. Furthermore, I believe that the G5 Plus could be an even more compact device if Moto had moved the fingerprint scanner to the back and reduce the screen bezels, but that’s probably one way to reduce manufacturing costs. What’s really impressive on the G5 Plus is the under the hood hardware and user experience, the G5 Plus is powered by the Snapdragon 625 Octa-Core processor paired to 4GB RAM and 32GB of storage, it has a fairly decent 5.2-inch IPS display with Gorilla Glass 3, and a 3000mAh battery that should be sufficient for a device like this. On the software side, the G5 Plus is preloaded with Android 7.0 Nougat out of the box with a Pixel-like launcher, you are getting very much the same experience as a snappy flagship smartphone as there is simply no lags in animations and transitions, the phone has a few Moto features as well, but you can be rest assured that it is free of bloatware. I was pretty surprised when Lenovo has given the G5 Plus a rather powerful camera module for the main shooter, despite lacking optical stabilization, the 12-megapixel sensor has a f/1.7 aperture and 1.45μm pixel size, which is pretty impressive by mid-range standards and better than the Z Play’s camera, I wasn’t able to judge the image quality during the test as I was merely using an early prototype, and it’ll have to wait until I get the final retail unit. As for the selfie shooter, I find it to work pretty decently for a 5-megapixel f/2.2 camera, but its features are definitely no match for some Chinese smartphones.

If you can look past the not so attractive design of the Moto G5 Plus, the beauty lies in the user experience of the product itself, there has been no indication of how much Lenovo intends to sell the device in Malaysia, it is already on sale in India at the price of 14,999.00 Rupees, which translates to around MYR990. If the G5 Plus is priced below RM1,000, I’m sold. We’ll be back with the full review of the Moto G5 Plus once we get hold of a review unit. 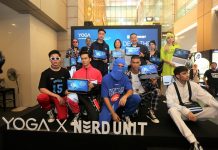 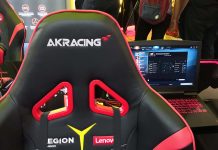 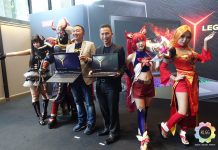