Today Celcom unveiled some interesting news about the current state of their 4G network and it comes in a form of an upgrade to a Lightning Fast LTE Network. The network will utilize state of the art, 4-transmiter 4-reciever technology which enables 4×4 multiple input and multiple output mobile devices to get faster speeds. The upgrade to the network will mean it can support much higher speed capacity up to 480Mbps, on certain devices, from their current 300Mbps speeds.

Celcom has claimed that this new upgrade will support seamless video streaming, instant delivery of text, digitized voice, digital images, music or videos and real-time gaming. The upgrade has already started in the Klang Valley and is expected to expand to all major cities in due time. Based on the statistics that Celcom has collected, by the last quarter of 2017, 85% of their users will be on the LTE network and is expected to grow to 95% in the last quarter of 2019. The plan from Celcom is to upgrade their LTE network over the next year with the current release of the LTE upgrade, the next upgrade that is in the pipeline will be the LTE Advance upgrade which will see network speeds up to 1Gbps, which they plan to launch before 2018, followed by the LTE Advance Pro plan which will support more than 1Gbps and set to launch 2019 and beyond.

Azwan Khan, the CEO of Celcom Axiata Berhad, acknowledged the service disruption that majority of Celcom users faced and has promised that during this upgrade process, users data network will not be disrupted. On the last note, Celcom has also teased that they will be running a pilot test on a 5G network next month but have not disclosed anything else. Stay tune, as we are sure to provide you details on the 5G network when it happens. 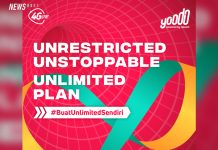