Some of us are still living in the hype that has lingered on from Mobile World Congress 2017 at Barcelona last week. This round of MWC welcomed a slew of newly launched smartphones plus some refreshes as well, for instance the Huawei P10, LG G6, Blackberry KEYone, Sony Xperia XZ and so on. However, most of the smartphones announced during the event aren’t completely mind blowing, given the fact that they don’t possess features which are entirely new to the mobile world. Why is that so? These 3 phone launches suggest why we need not expect something new every now and then: The Huawei P10 is basically a more polished version of the P9 along with a couple of minor tweaks. Now famous for its dual camera smartphones, the latter was surprisingly not the first ever dual cam device that Huawei has made, and certainly not the first dual cam phone that has existed. More than two years ago back in 2014, the Chinese manufacturer decided to implement the concept of dual cameras on a handset via its subsidiary company Honor, hence the Honor 6 Plus.

The 2014 experimentation with the Honor 6 Plus allowed Huawei to gauge and settle at what we see as the Huawei P9 that was launched last year. What made the P9 unique was Huawei’s partnership with German camera maker Leica, making the camera setup of the phone both Huawei and Leica’s efforts. Huawei managed to sell more than 10 million units of the P9 as of 2016, despite the initial controversy about its cameras not actually being made by Leica but only designed and “authorized”.

Huawei stuck with the design of the P9 when it came to the P10. The only significant difference is that the fingerprint sensor has now moved from the back to the front. The phone now sports a OnePlus 3/3T front panel plus a rear panel with very subtle antenna lines that largely reminds us of the iPhone 7. The Leica branding carried on with the P10’s rear camera setup, a bump up from the 12MP+12MP setup to an improved 20MP+12MP configuration, maintaining the mix of monochrome and color sensors. Huawei decided to go Leica with the P10’s 8MP selfie camera as well, now two times brighter.

The Huawei P10, though looking more like phones from fellow manufacturers, is a good example on why companies don’t have to improve its products by leaps and bounds to please consumers. You have to be grateful that despite the vast difference between the new and old Nokia 3310 handset, HMD did not go all out into totally wrecking the legacy led by the original phone. Most of us reminisce the days of the original Nokia 3310, launched approximately 17 years ago. Simple were those days, as the Nokia 3310 sported a monochrome display, featured the basic stuff offered in phone such as calling, texting with predictive text input, calculator, 3 games including the famous Snake II.

Known for its nearly “indestructible” form factor and very long lasting battery life, HMD was smart enough not to conform the Nokia 3310 into a smartphone to be launched last week. The Chinese company, responsible behind the revival of the Nokia branding, decided to bring back the nearly 2 decade old phone as a feature phone instead. This is a fairly good combination of bringing back the nostalgia and making the phone somewhat current at the same time.

The Nokia 3310 (2017) is roughly the same size as its predecessor of the same name. It was definitely the most anticipated feature phone over the last couple of months prior to its launch at MWC. Its features are the same as the original model on more than a decade’s worth of steroids. It has the usual calling and texting functionalities, a 2.4-inch color screen this time, FM radio, basic web browsing via the bundled Opera Mini app and a 2MP rear camera thrown into the package.

While the phone might seem like a total different device compared to the original and that it won’t appeal to the geeks of today, HMD certainly succeeded in bringing back this classic handset into the modern world. It might not feature the beefiness of the original, but its battery life of up to 744 hours in standby time, coupled with the nostalgia game are certainly the Nokia 3310’s top selling points in the world of smartphones. Last year’s Mobile World Congress saw the announcement of the LG G5. The company then released its 2016 flagship handset to the general public in April. The LG G5 was no doubt a manufacturer’s first ever attempt on making a modular phone, apart from Google’s Project Ara which never pulled off before eventually being suspended last September. Not only was the LG G5 the first ever official modular phone, but the handset properly sparked a wave of dual camera smartphones which were launched in the following part of 2016.

The sales performance of the G5 was what led to its “downfall”. Not exactly, but that was the result of a product which wasn’t successful enough. Modular phones are a very attractive concept, and the South Korean manufacturer was definitely proud of its own take on a modular handset. The LG G5 was sold alongside optional modular accessories known as LG Friends for its users to make full user of the phone’s modularity. However, LG’s way of a modular phone did not turn out to be practical. For example, LG G5 users had to reboot the phone every single time they decide to swap out modular accessories, which range from a camera module to a DAC audio module. Moreover, the LG Friends weren’t reasonably affordable to begin with, after factoring in the amount of money invested in the G5 itself.

Fast forward to the summer of 2016, LG finally broke news on its near half a year old flagship, conceding that the LG G5 is a failed device. The company went through a process of job cuts and restructuring. Not long after that, we started getting rumors of LG reverting back to old ways, entirely ditching the modular concept of the G5 in its upcoming flagship device, a.k.a. the newly launched LG G6.

The LG G6 ticks all boxes, if not most, of what makes an excellent smartphone, and with that, the phone turned out to be a really solid flagship device. The phone reverted back to a non modular body, and the only “revolutionary” feature that we see on the G6 is its 18:9 aspect ratio screen on the front, flanked by very minimal bezels. Perhaps the company concluded that it failed at making a modular smartphone (FYI, Lenovo did it much better with the Moto Z and Moto Mods), and decided to “take a step back”, re-gather their thoughts into making what consumers look for in a smartphone in 2017.

Those were 3 classic examples on why manufacturers do not have to introduce mind blowing concepts and features via phones every single year. Take LG for example, who failed in the sale of the G5 last year, despite the concept of a modular phone being revolutionary, leading to the non-modular G6. The Nokia 3310 on the other hand, might not apply to the internet age that is today, but it is certainly not totally alien to the original Nokia 3310 launched 17 years ago, and yet the phone managed to make some waves in the mobile industry. The Huawei P10, a perfect example of refinement from its predecessor. Instead of going with something new, Huawei stood back to improve and polish upon the P9 which was already impressive to begin with. Sometimes it’s better to play safe rather than to wow consumers at every turn and failing thereafter. What do you think? Are you happy with the devices mentioned above? 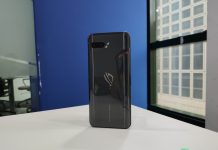