Having had countless leaks and rumors surrounding it, the Samsung Galaxy S8 is probably the next big device to look forward to after manufacturers like LG and Sony have launched their respective flagship smartphones at ongoing Mobile World Congress in Barcelona. There have been many low quality renders, but trusted leakster Evan Blass has trumped the rest yet again with what seems to be a press render of the Galaxy S8.

As seen above, this latest leaked render is very much clearer. Rumors suggest that the Galaxy S8 will not have flat screen variants. Based on the image, the phone sports a dual edge curved display with minimal bezels on the top and bottom. The handset is also likely to go 18:9 on the display ratio like what LG did with its G6 flagship. Apart from the front facing camera, we see an extra sensor which presumably is for iris scanning. On top of that, Samsung has reportedly done away with capacitive buttons to make way for software keys which will take up some screen real estate. One odd discovery based on the image is that the S8 has an extra button below the volume rockers on the left side, which might be a shortcut button or possibly an alert slider.

Samsung has confirmed its next Unpacked event to be on the 29th of March, announced during the unveiling of its Galaxy Tab S3 and the Galaxy Book Series. Blass often nails it when it comes to renders like this so let’s see whether will he strike gold again. 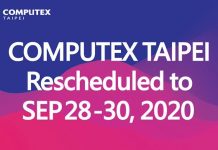