In two weeks’ time, Nintendo will launch its portable/home console hybrid, the Nintendo Switch. Fortunately for NeoGAF user hiphoptherobot, he need not wait that long as his preorder for the console arrived at his doorstep two weeks early.

Seeing as the console won’t be officially available for another 14 days, hiphoptherobot has decided to post up a video that showcases the UI of the Nintendo Switch. Judging from the three minute long video, the overall feel of the Switch’s menu feels like a refined version of the Wii U’s interface that seems to incorporate elements from Android and even the PlayStation 4’s UI.

No games were shown off during this demonstration as, again, the console isn’t officially out yet. The user also refuses to go into the Nintendo eShop out of fear that doing so would land him and the store he preordered the console from in trouble. Nevertheless, this video is great for those who have pre-ordered the system just to get a feel for how the Switch would work once they’ve removed it from the box. 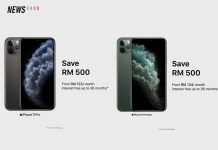