Lenovo launched the Yoga Book late last year, featuring a very sleek design with its signature Halo keyboard. Available both in Windows and Android operating systems, the Yoga Book definitely impressed many, This year, Lenovo is back with another 2-in-1 tablet which is similar looking to the Yoga Book, but at a cheaper price. The Lenovo Yoga A12 is another beautiful looking tablet by the company, with a lower price tag.

As far as design goes, the Yoga A12 sports the same design elements of the more expensive Yoga Book. It also features the same Halo keyboard, which is touch sensitive and will pick up your typing patterns over time. The Yoga A12 is larger than the Yoga Book with a 12.2-inch display. Underneath the hood, it runs on an Intel Atom X5 processor, alongside 2GB of RAM and 32GB of onboard storage. The A12 is unfortunately only available in Android, unlike the Yoga Book which has Windows and Android models. Something that’s present on the Yoga Book and not on the Yoga A12 is the Real Pen. That might be a deal breaker to some, depending on preference.

The Yoga A12 is definitely more value for money when compared to the Yoga Book, priced at $299 (RM1,323.97). Catered for productivity as well, the Yoga A12 might just draw more consumers than the pricier Yoga Book. What do you think? 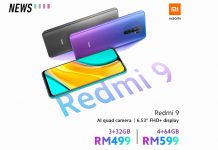