It seems Western Digital likes to deal with colors on their products, we have seen the company doing it with its desktop hard drives, which helps consumers identify them for different applications. Now, the company has released the all new WD My Passport hard drive, which comes with six beautiful color options, though they are merely meant for just storing your data on the go with no specific applications, you’ll definitely feel like owning one of these colors to replace your current boring looking portable hard drive. Despite being a pretty looking gadget, what does the new WD My Passport Ultra has to offer? WD passed us the 4TB model of the My Passport, which is significant thicker than the 1TB model due to the size of the hard drive, hence it also weighs a little in the bag but thankfully manageable. Despite of that, this is not an ultra slim device like the company’s own My Passport Ultra. The My Passport features both a textured and glossy surface, which you may want to store it in a case to prevent that glossy part from being scratched. Despite USB-C becoming the new standard for both smartphones and storage devices, the WD My Passport still comes with a conventional USB 3.0 Micro B type connector, which isn’t a bad thing considering you can still use your old cables, but it would be good if the company had moved forward with USB 3.1 since it increases data transfer speeds. One great feature WD has brought to the My Passport is the WD Security 256-bit AES encryption software, the software is preloaded on the drive itself and you will need to install it to your computer to set it up, this feature allows you to block any unauthorised access to the device with a password and works on both MacOS and Windows. Unfortunately, there’s no way that you can password protect files and folders in the hard drive.

In addition, the My Passport also comes with WD Backup software, which users can use it to create backups of their files, the software is rather easy to use and you can also schedule periodical backups as long as the hard drive is plugged into your computer. The My Passport is a very fast portable hard drive considering that it uses a USB 3.0 connection, sequential data transfer speeds are good for both read and write, while you will need to exercise some patience when transferring smaller files over to the hard drive. On a side note, the WD My Passport has served me well as a good external drive for editing video footages. 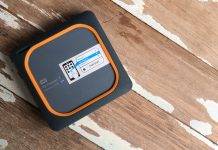 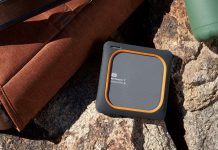 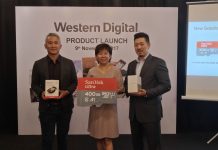